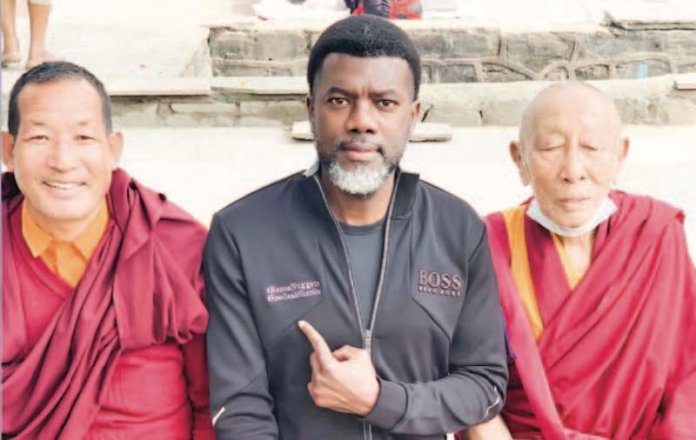 On Monday, April 8, 2019, I embarked on a mission to Nepal. My quest in that Asian country was to visit the Himalaya Mountain range and especially, Mountain Everest, wearing my full #FreeLeahSharibu tracksuit.

I arrived Kathmandu on April 9, 2019, and the very next day, I went, as scheduled, to visit a Buddhist Temple and monastery, where I met and conferred with Buddhist monks and got a crash course on Buddhism.

The Buddhist told me about the balance of nature amongst the five elements in the prayer flags they fly all over their monastery including the red flag for fire, the yellow flag for the sun, the green flag for the earth, the blue flag for water and the white flag for the air.
They also told me of their various stages of enlightenment, with the highest being Nirvana (pronounced Nir-wana). I listened intently because I wanted to understand them first so I could then be understood.

While still in Kathmandu, I had cause to say publicly that I don’t believe in Buddha (even though I respect their beliefs) and I know that Yehoshu’a (Jesus) is the only way to God.
But I am taking the story of Leah round the world and the Buddhist people were receptive to it.
I was led their prayer wheels, which they use in saying their mantras. Quite curiously, I discovered that the art of using prayer beads originated from Buddhism and not Catholicism as I had previously thought.

The monks have been praying with prayer beads (málá in Sanskrit) used for counting mantras. They have been using them for a 1000 years before Catholicism and 1600 years before the Islamic Misbaha tasbih.
I learnt so much from them about their culture and religion. Their Jerusalem (or Mecca) is Tibet, of which they talk so fondly of. Buddhists are peace loving people and the #FreeLeahSharibu campaign is about peace.

Thereafter, I was taken to the old Nepali Royal Palace where I got another opportunity to rep my #FreeLeahSharibu tracksuit. Whilst there, I was inspired to tweet a message to Boko Haram urging them to remember Áyah (verse) 256 of Al-Baqara in the Quran which says “there is no compulsion in religion”. Please release Leah and may God bless you.
I also visited the home of Nepal’s Kumari (Living goddess). She appeared for all off five seconds and I was asked to worship her by acknowledging her blessing and saying namaste. My hosts were not too upset when I ignored their instructions.

I then did one of my favourite things to do when I go to a new country-visiting orphanages. The particular orphanage I visited is the Paropakar girls’ Orphanage in Kathmandu. Nepal is a poor country, but they look after their orphans. The girls are brilliant. I was impressed by how clean and loving the facilities are.

I encourage everyone who has benefitted from my #RenosNuggets To please support this orphanage. (Just Google them).
The next day (April 11, 2019), I flew from Kathmandu to the Himalaya Mountain Range and recorded a video of myself over Mount Everest in my #FreeLeahSharibu tracksuit. The reason I decided to do that is because Mount Everest is the highest peak on earth and after there, it is heaven.

The symbolism is that Leah Sharibu is still very close to God’s heart. I am now back from Nepal and I feel so spiritually rejuvenated. The first and only other times I felt like this is when I went to Ephesus, Cappadocia, Smyrna and Laodicea (in Turkey) and Jerusalem, Bethlehem, Nazareth, Galilee and Kaper Nahum in Israel.

Now that I am back from Nepal, I am inspired to pass on a message to many people who have made requests of me, and to humanity in general.
Many followers of #RenosNuggets have asked me to be their mentor. Why ask me to be your mentor when you can have my Mentor? He is greater than ANY prophet that ever lived. He divided time (BC/AD).

He is Yehoshu’a. If you must follow me, follow me ONLY to the extent I follow Him. (I am human. I desire to always follow Him, but I don’t always follow Him). There is NO other God EXCEPT His Father. My Mentor is respected by EVERY religion on Earth. They may not agree with Him, but they can’t ignore HIM. Without Him, I Am NOTHING. I am NOT ashamed of The Gospel, for it is the Power of God unto salvation.

Let me give a testimony. I am in Qatar flying to London as I write this. I bought an economy ticket. 3 minutes after I wrote the last three paragraphs above, esteeming God and His Only-begotten Son, Yehoshu’a, I got upgraded to Business Class.
Of course, I can afford Business Class and often do. But this time around, I was flying on Qatar Airways, which is a bit different in pricing from my usual airline. The timing of this blessing was auspicious.

Brethren, I encourage you to lift up Yehoshu’a without any motive anywhere and everywhere you go and He will lift you up beyond measure. He made a promise to that effect. “But seek ye first the kingdom of God, and his righteousness, and all these things shall be added unto you.”-Matthew 6:33.

Also, the #FreeLeahCampaign has taught me how useless stereotypes are. There is this stereotype of Igbo people as money loving greedy Shylock people who won’t part with a dime. Since I started this campaign, more ordinary people of Southeastern Igbo heritage have supported Leah’s family than any other ethnicity. What is more, they ALWAYS insist on anonymity #IgboABlessingToNigeria

Permit me to say thank you to African Independent Television and Silverbird Television, which both covered my visit to Mount Everest, the world’s highest peak.
This movement will not stop until Leah is reunited with her family, so help me God. If I die, my children and members of the #RenosNuggets family will continue the struggle.

Reno Omokri
Bestselling author of Facts Versus Fiction: The True Story of the Jonathan Years. 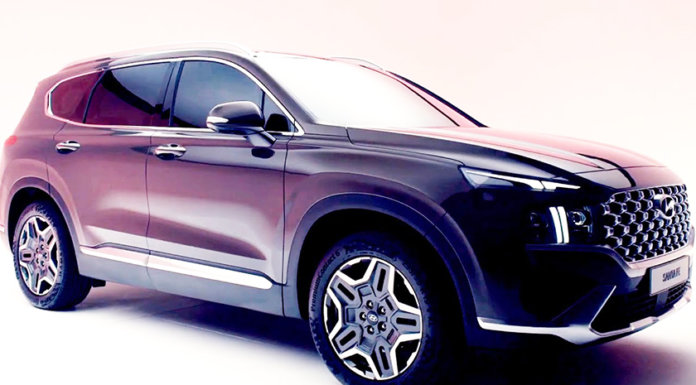