A section of Odi town in Kolokuma/Opokuma Local Government Area of Bayelsa state, may soon be completely washed away by a landslide if there is no urgent intervention by the authorities.

Already, some houses belonging to residents have been affected by the phenomenon, which is essentially the collapse of a mass of earth or rock from a mountain.

During a visit to the area at the weekend, after heavy rains swept away houses and property worth millions of naira into the nearby river, destroyed electricity cables, and threw the town into darkness, Governor Seriake Dickson, described the incident as an ecological disaster.

The governor was accompanied on the inspection tour by his Deputy, Rear Admiral Gboribiigha John-Jonah (rtd), Commissioner for Environment, Mr. Ebipatei Apaingolo, and the State Chairman of the Peoples Democratic Party, Chief Moses Cleopas.

He said the Federal Government did not seem to understand the magnitude of ecological and environmental challenges facing the people of the state.

The governor called on the Federal Government to intervene in the grave ecological threat facing the town through the Ecological Fund under its control.

He stressed that, while it would be expected of the Federal Government to wade into the issue, the state Government would commence immediate steps to respond to the development within the limits of available resources.

He directed the Ministries of Environment, and Works and Infrastructure to jointly undertake a technical assessment of the area, the impact of the landslide and recommend lasting solutions.

“We have seen the devastation caused by the landslide and this is not something new to most of our communities.

“We have the Ecological Fund managed by the Federal Government and these are the purposes for which it was set up. It was for people who actually need that type of intervention.

“The situation in Odi is pathetic, our prayers are with the people of this community and its leadership. I have seen the houses destroyed and swept into the river but no life was lost”

“We will not wait for the Federal Government or its intervention agencies. It would be nice if they come to our aid like they ought to and i will make that request but seeing our people in this state, despite the funding constraint, we will still start something immediately” he said.

The governor expressed joy that no one died due to the disaster and assured the people of government’s commitment to tackle the environmental challenges facing them. 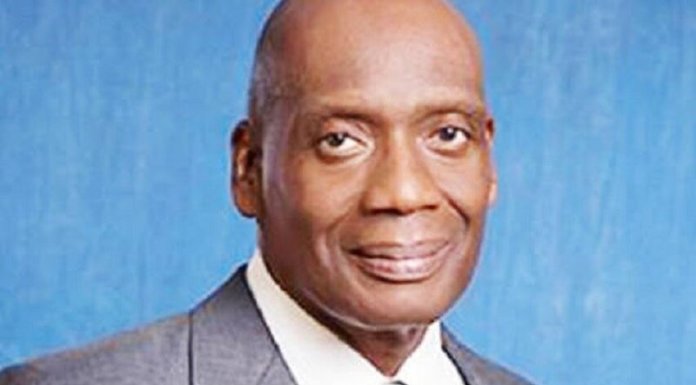