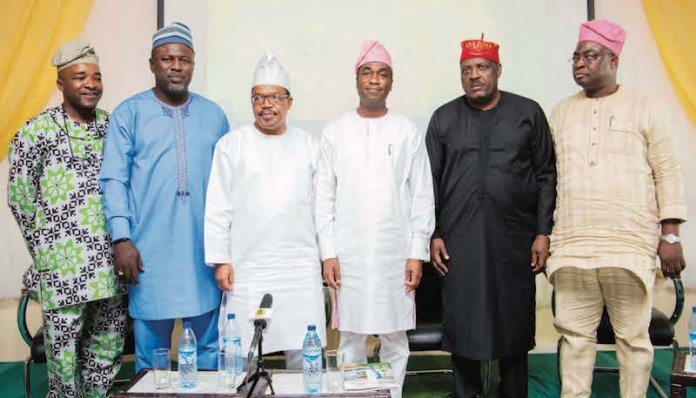 Development is a process that creates growth, progress, positive change or the addition of physical, economic, environmental, social and demographic components. The purpose of development is a rise in the level and quality of life of the population and the creation or expansion of local regional income and employment opportunities, without damaging the resources of the environment. Development is visible and useful, not necessarily immediately, and includes an aspect of quality change and the creation of conditions for a continuation of that change. For an economy that would drive nation development and sustain it, certain things must be put in place.

The 19th annual luncheon/public lecture organised by the Lagos chapter of the Obafemi Awolowo University Muslim Graduates’ Association (UNIFEMGA) at the Banquet Hall of Sheraton Hotel, Ikeja, Lagos offered a veritable learning experience and networking platform to over 200 participants and also addressed societal problems, that are impediment to human development.

The theme of the lecture was ‘Human Development, Energy and Enabling Infrastructure: Imperative for Sustainable Economic Growth and Inclusive National Development’.

No doubt, the event, which had several economic experts, including the Lagos State Deputy Governor-elect, Dr. Kadiri Hamzat in attendance, was a strategic one with opportunities for investment and wealth creation by Nigerian Muslim professionals in Lagos.

In his welcome address, the Chairman, Lagos chapter of UNIFEMGA, Mr. Goke Adeyemi said Nigeria’s stunted growth could be attributed to dearth of infrastructural development, inadequate energy development strategies and inefficient government policies, among others.

“The topic for today’s event has been chosen to address the huge deficits in the areas of human development, energy and enabling infrastructure in Nigeria. There is no gain saying the fact that investing in sustainable and enabling infrastructure is key to tackling the three central challenges facing the Nigerian communities on reigniting growth, delivering on the sustainable development goals, and reducing climate risk in line with the Paris agreement. The challenge is urgent and we must collectively tackle it.

“The current global economy indicates that human development is fast becoming a central issue in the area of sustainable development due to its indispensable nature in the enhancement of sustaining the developmental goals. In this case, developing countries, including Nigeria, now see the reason to align their infrastructural growth with human development, which is particularly crucial in building a sustainable economy,” Adeyemi said.

In his keynote address, Hamzat said over the past four years, the country has witnessed record investments in critical infrastructure, adding, “the economy has moved from one dependant on oil revenues that perpetually fuel an inexhaustible demand for imported goods and services, to one that maximises non-oil revenues to develop domestic productive capacity and create local jobs for our people. This growth has been driven by the non-oil sector, which grew 2.32 per cent in Q3 of 2018, representing the strongest growth in the sector for 12 consecutive quarters since fourth quarter of 2015. In 2019, GDP growth of 3.01 per cent is predicted.

“Foreign investment has almost tripled from $5.124 billion in 2016 to $14,672 billion in only January to September 2018. Similarly, trade balances with the world have increased from a negative trade balance of – $572.13 billion in Q2 of 2016, which as at now, records a values of $681.7 billion, demonstrating that our economic policies of encouraging exports and restricting imports to what we cannot produce locally are working.

“The FG’s investment in capital segment of the budget was increased from an N557 billion in 2015 to the N2.87 trillion in 2018. As at early January 2019, N1.226 trillion of this had been released and cash-back. Also, 100 per cent of salaries have been paid and debt service obligations and eight-month overheads funding has been released.

“On the 25th of February 2018, the president approved the establishment of a Presidential Infrastructure Development Fund (PIDF), through which the Nigerian Sovereign Investment Authority (NSIA) is investing in critical roads and power projects nationwide, such as the second Niger Bridge, Lagos to Ibadan Expressway, East-west Road, Abuja-Kano Road and the Mambila hydroelectric power project. Over 90 transmission projects are underway nationwide, including Mayo Balewa in Adamawa, Ejigbo, and Odogunyan in Lagos, Apo in Abuja, Ikot-Ekpene Switching Station, in Abia, Maiduguri in Borno, Damaturu in Yobe; off-grid power solution are bringing more power closer to businesses and consumers, through eligible customers regulations allowing willing buyers to buy power directly from willing sellers.”

He encouraged citizens to join government in making “a collective decision to be the change that we want. We cannot move to the next level without taking that first step of unity. We cannot seek a greater Lagos when we choose to be less than great in our own personal lives. Our administration will make that commitment to a better life and we ask all well-meaning Nigerians to join us on this exciting journey.”

At the panel session moderated by Mr. Niyi Yusuf, Country Manager, AFEX Nigeria Ltd, Mr. Ayodeji Balogun identified some of the policies chasing away investors and advised that government should relax its tax reform process.

“The tax system in Nigeria and especially Lagos is too cumbersome; too many unions collecting tax. This is a big catastrophe. It gets tiring for private sectors to come into the system and remain in operation with this kind of system.

He advised that the unions can be submerged like it is done in other developed countries. “All due taxes should be submerged as one so we can just pay a one-off and leave the rest to the union to redeploy to appropriate quarters.”

A panellist and Managing Director, Matrix Energy, Alhaji Abdulkabir Aliu in his remark on how private sector can help in infrastructural development highlighted some of the actions of the government scaring away private players from the development of the economy.

“Before a private personality comes into business, the government doesn’t know him. But immediately he starts a business no matter how little; harassment begins from several government quarters. This should be looked into by the government. Before a private ownership engages in business, he wants to be sure his capital is safe and it can grow; without this assurance, he stays out of business.

Speaking with THISDAY, the BoT Chairman, UNIFEMGA, Alhaji Abdul-Rafiu Ebiti stressed that the adoption of efficient technologies in energy generation and deployment of more renewable sources of clean energy will promote development in the power sector. He added that it will help “reduce hidden energy bills we have to pay among other benefits.”

On his take home from the lecture, he said, “all the speakers have done excellently well in helping us understand where we were, what next to expect and where we are going and how to improve on the status-quo and push for sustainability. All said and done, we have been able to understand the concept of human development not only through the human capital gains but much more through the approach of human development index concept. And we have seen how the statement of the agenda 2030, driven by a clean energy concept and enabling infrastructure could fast-track sustainable economic growth and an inclusive national development.”