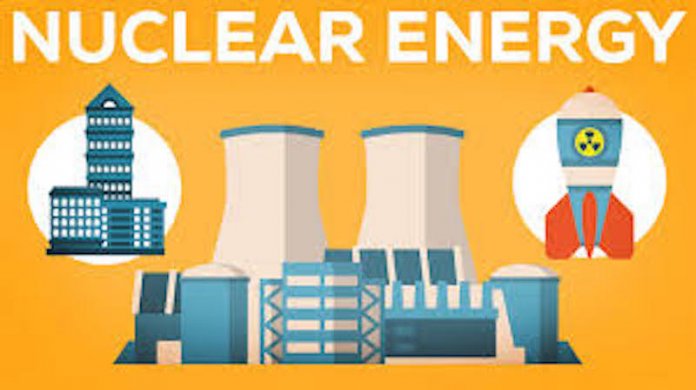 Workers of the Nigeria Atomic Energy Commission have declared an indefinite nationwide industrial action with effect from tomorrow to demand for better working conditions.

Following the breakdown of negotiations with the federal government, the workers under the aegis of the Senior Staff Association of Universities, Teaching Hospitals, Research Institutions and Associated Institutions, an affiliate of the Trade Union Congress of Nigeria, served the management of the commission a strike notice.

The chairman of SSAUTHRIAI, NAEC-Branch, Chukwuma Anyanwu, in a resolution he signed on behalf of the workers in Abuja said, “the strike is coming after several dialogue and consultation with the management of the commission failed to yield any positive result.”

Anyanwu said the decision to embark on strike tomorrow was sequel to the expiration of the ultimatum today.

NAEC is a focal agency of the federal government charged with the responsibility of the implementing Nigeria’s nuclear power programme.

The core mandate of the commission is the promotion of the development of atomic energy and all matters relating to the peaceful uses of atomic energy, including various applications of nuclear energy in electricity generation, agriculture, water resources management, medicine, industry, education and research.

In the strike notice, Anyanwu said the staff of the commission had to embark on the action as a last resort.

“The workers have been demanding for high risk allowances due to radioactive source handled by worker in their assignments. It should be noted that the Nuclear Technology Centre, an agency under the Ministry of Science and Technology with offices near the Gamma Irradiation Facility operated by NAEC has been receiving high-risk allowance for the past seven years till date, while NAEC staff who are directly exposed to these hazardous work are deprived of the high risks/hazard and other related allowances as obtainable in Nigeria and the world over,” he said.

He explained that the commission, which is a research institute, operates the Consolidated Research and Allied Institutions Salary Scale which permits for skipping of CONRAISS 10 (equivalent of Grade level 11 in the mainstream civil service).

However, Anyanwu said the ‘skipping’ is selectively being implemented among staff and in some of the centres.

He also said that the staff were protesting against alleged illegalities being perpetrated in the commission, including promotion of a Deputy Director employed on contract to a Director.

Other grievances of the workers include, contract tenure renewal; contract staff on pensionable appointment, thus receiving pension in two places under the same public service which is in contravention of Public Service Rule 020401(a); autonomous creation of position being referred to as ‘Project Managers,’ placing project managers above Directors, thereby denying Directors their statutory roles and responsibilities and disparity in placement at entry level into the commission.