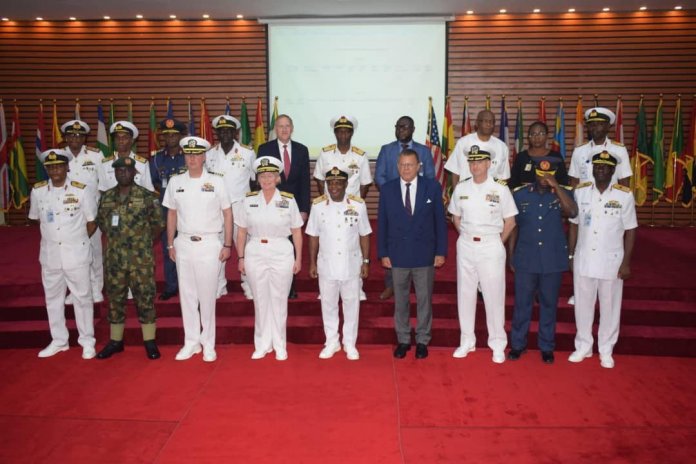 Chiemelie Ezeobi and Mary Ovie write that the 2019 Operation Obangame Express, an international maritime interdiction exercise comprising 20 African nations and 11 foreign allied countries,  may have come and gone, but the lessons learnt are inherent for the protection of the Gulf of Guinea waters
Lying across 19 coastal and island states, the Gulf of Guinea (GoG) coastline, which stretches from the waters off Senegal to the south of Angola, is a treasure trove of rich resources. Comprising 26 countries grouped into two Regional Economic Communities (RECs), namely Economic Community of Central African States (ECCAS, 11 states with the return of Rwanda) and Economic Community of West African States (ECOWAS; 15 states), the GoG countries’ total population is about 472 million, with 160 and 310 million inhabitants for ECCAS and ECOWAS, respectively.

The GoG is also the primary conduit of international trade and is central to the economy of the associated regions. It is increasingly looked upon today as resource provider and critical contributor to national growth and prosperity of the several nations lining its coasts and even those landward and with no shared boundaries.