The month of March has come and gone. The governorship elections have been largely done and dusted. Winners have started savouring the new aroma of victory. All seems geared towards the May 29th Swearing-in date. In Ogun State, however, the atmosphere is not so soul-lifting. The INEC declaration of results appears to have drawn a curtain on the contest but, in reality, the general air currently pervading the nook and cranny of the state is that of suspense, with the excitement and congratulatory back slaps expected from among the citizens clearly missing. Even the candidate announced as winner of the contest by INEC, Dapo Abiodun of the All Progressives Congress (APC), has been tentative, diffident and generally holed up in a no man’s land where to move forward decisively and connect with the people to fire up their excitement level seem an impossible task. Perhaps that is what you get when you wear a negotiated crown; when your ‘victory’ owes much more to the magnanimity of god fathers and ‘fixers’ rather than being the product of a mass movement assembled behind professed ideals and ideas traceable and original to you. Perhaps that is what you get when you are a political pawn used by aggrieved political masters to settle a political score.

Political analysts and watchers of Ogun politics are already seeing the sign and calling attention to the fact that even before the take-off of his administration, APC’s Dapo Abiodun appears overwhelmed by the burden of dancing to the cacophonic tunes of his masters and benefactors. And the task of working for future development and progress of Ogun State may be the worse for it.

The jackals, who operated under the guise of supposedly altruistic caucuses and grand alliances on the eve of the March 6 governorship election to bring out huge resources running into billions of naira to unabashedly corrupt the electoral process in their evil bid to prosecute the battle to ‘cut Ibikunle Amosun to size’ during the election, have now started making their demands from the naïve beneficiary of their investments. It is payback time. And most enlightened citizens of the state have noticed this ugly scenario as it crystalizes, which is the major reason for the lack of citizen excitement at the prospect of the Dapo Abiodun administration.

For a state that has been governed in the last eight years by a vivacious and precocious personality such as Senator Ibikunle Amosun, a man who has been roundly adjudged as a very effective and performing governor as well as a first class communicator, grassroots administrator and courageous defender of the rights and interests of the masses, the elitist and snobbish disposition of DA is indeed a cause for worry. The unresolved matter of the governor-elect’s academic qualification and his inability to espouse any notable socio-economic development agenda for the state from the inception of the governorship election campaigns to date have further fuelled the feeling that a weak horse might have been foisted on the state by the selfish political god fathers for Ogun indigenes to bet their future on.

To any discerning watcher of unfolding Ogun politics, it is very clear that Dapo Abiodun, the governor-elect is facing intense pressure in the bid to accommodate the mountain of interests that worked together for his victory, ‘’especially forces that keyed into his campaign in the last minutes’’, a source pointed out recently to an online platform that reports Ogun politics. And the said platform further noted that discreet investigation it conducted revealed that the bid to cater for the various factors at play is stealthily nudging Abiodun towards a troubled start for his administration.

Even before he is sworn in, Dapo Abiodun appears to have lost the governance plot as several political analysts in the state have flayed what they termed a raging battle of wits between the core believers in Dapo Abiodun that started the gubernatorial project with him and latter-day supporters over who gets to be in positions of influence and power ahead of the official inauguration on May 29. They also observed that the situation had reached such a level that talks of the hijack of the process by a few had started causing internal frictions among the group of circling hyenas baying for Ogun state’s resources once the stringent but performing Amosun administration steps down on May 29th.

“I just pray the seeming quietness from the governor-elect in this raging battle translates into decisions that defuse the situation and take the state to the much bandied next level of goodness and development”, a staunch APC member in the State who is miffed at the unfolding scenario volunteered recently.

Truthfully, this worrisome scenario of a hawkish gathering around Ogun state with intent to devour post May 29th brings back memories of Senator Ibikunle Amosun’s eight wonderful years of steering the ship of state. Irrespective of political leaning, all honest citizens and visitors to Ogun State agree that the outgoing governor and his team have, in the last eight years, delivered an expansive transformation agenda that has seen the state capital and several other cities and major towns in the three Senatorial zones greatly remodeled.

Ogun has witnessed a seemingly well-designed and thoughtfully executed plan-cum- blueprint to re-engineer her economic, infrastructure and industrial sectors such that today, Ogun State is the fastest growing industrial hub in South West Nigeria. The state IGR profile has also massively improved just as Security and infrastructure renewal have become the norm.

From being one of the states with high notoriety for armed robbery, kidnapping, ritual killings and other sundry crimes, Ogun has been largely transformed under Amosun’s watch into a peaceful state where citizens’ safety and protection of business facilities are great priorities of government. That Ogun has become peaceful today owes largely to the faithfully executed effective governance style of Senator Ibikunle Amosun that promotes selfless and unbiased commitment to all segments of the state, fairness in deployment of state resources and a clear infrastructure re-modelling mission blueprint. More importantly, Politics of god-fatherism and unconstitutional bond of allegiance to any cultic-cum-foreign interest was never allowed to dictate state policy.

It is important to document, for posterity’s sake, that in this approach, Amosun towers above all other governors that have had the privilege of heading the state since democracy returned in 1999.

Posterity should, however, also be informed that in the run off to the governorship election of 2019 in Ogun state, an occupation army of political jackboots backed by a few powerful local political jobbers coalesced with a single strategy that was all about deploying a huge war chest to achieve the twin objective of arresting the development of the state through humiliation of Amosun and imposing a weak governor on Ogun state in the typical “Baba so pe” tradition of the vaunted Bourdillon-Lagos headquarters of the marauding group. To them, corrupting the electoral space to impose a somewhat pliant candidate who would do their bidding once on ground was something to be achieved, no matter the toll on the development and future wellbeing of Ogun State.

The tragedy in this is that Ogun State is set to replay the anecdotal scenario of that ancient land where a king with a negotiated crown, weak moral authority and non-existent spiritual allegiance to the people was helped to the throne by a brood of vampires. Can the citizens be expected to rejoice? Can the centre still be expected to hold?

*Dapo Kushoro is a social commentator and political analyst based in Ilaro, Ogun State. 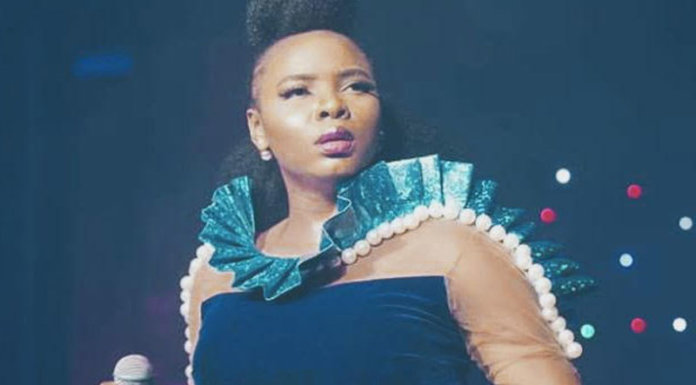