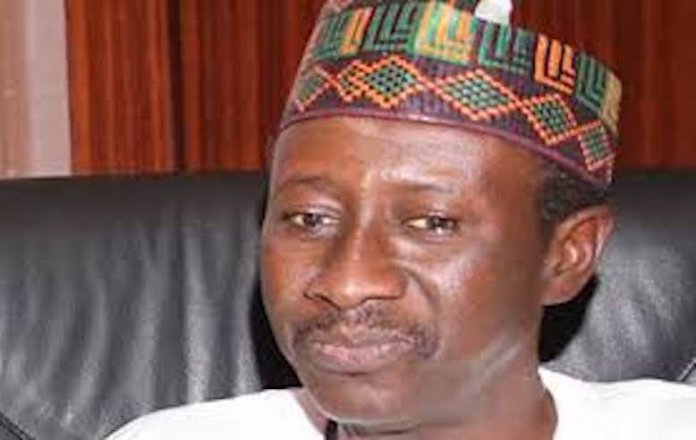 It was a pleasant surprise indeed that the seemingly hopeless situation of the Digital Switch Over (DSO) implementation, suspended in a controversial litigation and inexplicable aloofness of the concerned authority, was eventually salvaged by intelligent intervention at the highest level of government.

In a strategic swoop on the crisis-ridden national project with international significance, the vigilant National Security Adviser (NSA), Major-General Mohammed Baba Gana Monguno (rtd.) deployed the dexterity associated with his professional and within three hours, the national interest prevailed.

Patriotic vigilance of the NSA was responsible for identifying the precarious predicament that had befallen such a strategic project that was well on the way to connecting Nigeria to the next level in the world of broadcasting technology and standards, after series of embarrassing false-starts, and seizing the initiative to restore sanity.

Uniquely empowered by the precision and impact-focused endowments of military intelligence, the army veteran-turned-sentinel of national interest created an enabling environment for DSO critical stakeholders, embroiled in conflicts of competing interests, to come together and heed the call for mutual and voluntary compromise and consensus to get the DSO back on track.

Here was yet another awesome dimension to the multi-faceted versatility in dealing decisively with issues of national security concerns demanded of the office of the NSA in a democratic dispensation, showcasing subtle conflict resolution capacity driven by specialized negotiation skills and firmness in upholding the national interest.

The remarkable success of the NSA’s initiative in an area of civil communications and critical private sector investment with salient economic and international implications spotlights his mental alertness and pro-active capacity, even as he steadily and effectively superintends the deadlier security challenges from terrorist insurgency, political vandalism, rural banditry and kidnapping.

Most impressed about Major General Monguno’s DSO breakthrough, apart from millions of anxious Nigerians awaiting roll-out of the DSO in several states, are the critical stakeholders in the implementation of the project, whose positive response to the NSA intervention indicates a long standing readiness to resolve issues. This is perfectly understandable since each stakeholder has invested in successful implementation of the DSO, which translates any “hiccup” into costly losses and time wastage.

For the avoidance of doubt, at the time of the NSA’s intervention, the critical stakeholders were in disarray, drawn away from implementing the DSO by subterranean intrigues and sinister schemes by vested interests whose ulterior motive was to gain undue advantage by sabotaging the steady momentum attained in DSO implementation up to February 2018. The main targets were the implementation agency and regulator, National Broadcasting Commission (NBC), licensed private signal distributor, Pinnacle Communications Limited and ultimately the DSO Nigeria project, which had been stalled consequently for more than a year.

However, it must be stated that all the critical stakeholders summoned by the NSA –NBC, Pinnacle Communications Limited, Details Nigeria Limited, operators of GOtv—as well as the DSO project were practically on their own as a result of the loud silence and official aloofness inexplicably exhibited by the supervising Ministry of Information and Culture. The hitherto vocal and upbeat Minister, Lai Mohammed curiously vanished from the radar when he was needed most as the de-facto head of the DSO Implementation Committee, in an absurd reversal of role, akin to presiding over the collapse of the DSO in Nigeria.

The timely and patriotic intervention of Mohammed Monguno therefore amounted to a saving grace emergency national rescue initiative that convincingly rekindled hopes of a brighter future for the DSO implementation. It also represented an almost belated expression of unflinching commitment to uphold national interest and safeguard the invaluable strategic economic investments by the Nigerian private sector tied to the DSO, at the highest level of the federal government.

In this context, it is noteworthy that the discreet facilitating role and nationalistic fervor of Sir Lucky Omoluwa, Chairman, Pinnacle Communications Limited, the only licensed private signal distributor for the DSO Nigeria and largest single investor in the project, was commended during the NSA-summoned meeting that breathed new life into the serially-sabotaged implementation process. This is a far cry from the corporate blackmail and character assassination that was unleashed at the peak of the crisis.

Given the history of two forced postponements of the DSO prior to the Buhari Administration’s corrective agenda that re-started the project in 2016, it is strongly advised that the ONSA maintains its patriotic vigilance over the continued uninterrupted implementation of the project to its logical conclusion.

He will need to beam his search light on the scandalous scarcity of set-top boxes that has grossly limited the envisaged mass coverage of the DSO, especially in Kaduna where the world class high definition digital transmissions of the Pinnacle Broadcast Centre is still viewed by a few privileged households, more than two years after launch.

This is another major setback to the DSO that is not being addressed with the urgency and decisiveness the situation demands even as it bugs the project wherever it is launched. Such issues are disturbing indications of the extent of sabotage and vulnerability of government’s adhoc implementation arrangements. Without the NSA’s recent intervention to rescue the DSO the all important national project would have been deviously sold out!