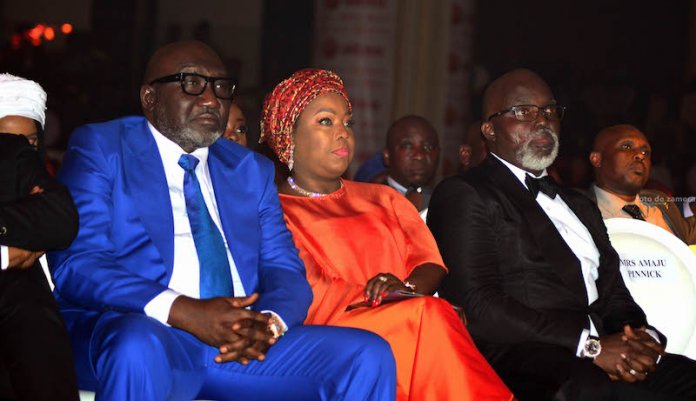 *Rangers congratulate Ogunbote for emerging Coach of the Year

Saudi Arabia topflight club, Al Nassr has congratulated their player, Ahmed Musa for emerging as Nigeria’s Best Player of the Year at the Aiteo-NFF Awards which held on Monday night in Lagos.

Musa who is Super Eagles stand-in captain also won the Best Goal of 2018 with his second goal in Nigeria’s 2-0 defeat of Iceland at the World Cup in Russia last year.

He was selected ahead of his fellow Eagles mate like Odion Ighalo and Alex Iwobi.
Musa’s Al Nassr commended the feat with a tweet on the club’s twitter handle thus, “Congratulations for our player @Ahmedmusa718 for winning 2 @aiteonffawards awards: best Nigerian player of the year and best goal for his second goal vs Iceland at the FIFA World Cup 2018,” the club wrote yesterday.

The Flying Antelopes said on their twitter handle: “Our Technical Adviser, Coach Olugbenga Ogunbote is the AITEO/NFF Coach of the Year award winner for the year 2018, beating Gernot Rohr and Solomon Ogbeide to the award which took place in Lagos, Monday night. #NeverSayDie.”

The elated Ogunbote who is expected to lead the Flying Antelopes to Katsina for a re-scheduled NPFL encounter against Katsina United today said, “It can only be God. I give Him all the praise and thanks just as I appreciate organisers of the awards for nominating me in the first place.

“The award will only push me to do more in my place of work, Rangers, so that we can conquer again this season. Like I always say, it shall end in praise.”

He thanked the government and people of Enugu State for giving him the opportunity to practice what he loves doing with Rangers just as he poured encomiums on the management, staff, coaches and players of the Enugu side for all the support he got in his first season in charge at the club.