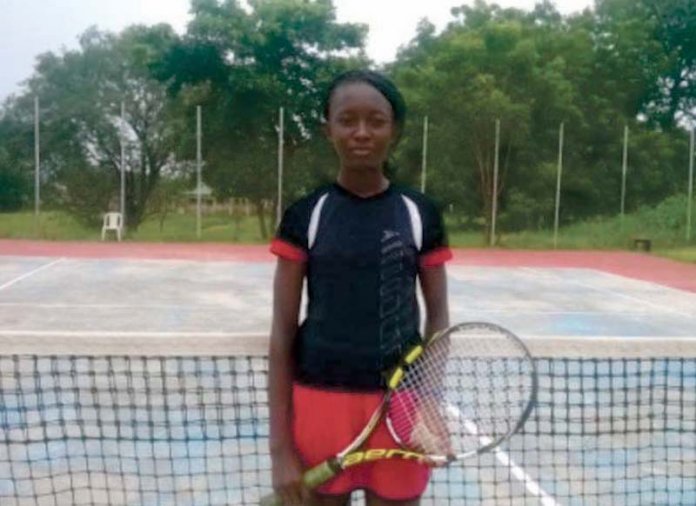 Rebecca Ekpeyong, representing the South-south Zone surprised every one with her mental toughness as she capped a very gutsy semifinal victory with a straight sets win over national junior champion, Omolayo Bamidele of the South-west in the finals of the Chevron Junior Invitational Masters which ended on Sunday at the Lagos Lawn Tennis Club.

The petit 16 year-old had saved two match points in an emotional 9-8 victory against second seeded Omolade Aderemi of the South-west on Saturday but she had no such problems against the No.1 seed as she won nine straight points in the first match tie-break set before her opponent could win one.

Bamidele tried to fight back in the second set but the confident hitting and smart placement from Ekpeyong completely confounded her. The Port Harcourt based girl won 10-1, 10-4 to the delight of a teary-eyed father, Peter, who ran to the court to embrace his daughter. She also won the trophy for the Most Outstanding Player of the tournament.

The boys’ and girls’ 12s and the girls’ 16s matches were abbreviated to three match tie-break sets to allow all finalists display their skills for the benefit of the sponsors.

David Dawariye, also from the South-south, who did not lose a match in the round robin playoffs, also had an easy 9-3 pro set victory over Daniel Adeleye from the South-west in the boys’ 16s final.

In the boys’ 12 final, Seun “Nadal” Ogunsakin, displaying the dressing and mannerisms of his Spanish hero, started nervously losing the first three points but later found his rhythm to overcome Mohammed Idris from the Abuja programme 10 -5, 11 -9.

The Managing Director of Chevron Nigeria, Jeff Ewing, said in his closing remarks that Chevron was very happy to see the impact of their investment in the Nigerian youth and the amazing talent that were on display at the finals.

Mr. Ewing, who was represented by Sanjay Narasimhali also commended the International Tennis Academy for a well run programme.