Imo State Governor, Rochas Okorocha, yesterday in Abuja renewed his attacks on the National Chairman of the All Progressives Congress (APC), Adams Oshiomhole, accusing him of turning the APC into a regional minority party.

Okorocha and Oshiomhole have been locked in a battle for supremacy since October last year when the latter refused to field his son-in-law as the governorship candidate of APC in Imo State.

Answering questions from journalists after holding a closed-door meeting with President Muhammadu Buhari in the State House yesterday, Okorocha said APC was virtually dead in the South-east following the unilateral decision of Oshiomhole to impose candidates on the party.

He also said following the action of Oshiomhole, the entire South-east would henceforth be shut out of the entire scheme of the nation’s affairs as he demanded that the South-east be allowed to produce one of the principal officers of the National Assembly.

According to him, as a result of Oshiomhole’s self-inflicted errors, the APC will suffer a serious setback in 2023 in the region.

“I have been watching carefully what is happening in the National Assembly. It is a very interesting drama. But all I ask of them is that they should consider the South-east in their calculations.

“This nation will not be properly balanced if South-east is not carried along properly in the affairs of the National Assembly.

“Nobody seems to be talking about the South-east, it looks like the South-east doesn’t have a place anymore. That is wrong, politically speaking and that is not good for APC because there is going to be a bigger APC after President Muhammadu Buhari must have left the seat.

“My fear now is that APC might have a serious setback in 2023 because the Oshiomhole-led executive is actually turning APC into a regional minority party, which shouldn’t be because of his mistakes.

“Right now, in the whole of South-east, we don’t have an APC governor.

“So, if there is any discussion in Nigeria now within the APC governors and President Muhammadu Buhari, there would be nobody from the South-east. This is what the APC chairman has done in the South-east.

“Their course is germane and it should be supported in whatever position that is due them.

“They shouldn’t think about giving South-east, whatever position for giving sake. You can’t just wake up and give them any position.

Okorocha who alleged that Oshiomhole just deliberately singled him out for an unprovoked fight, further accused him of imposing candidates on the party in the state which he said became his undoing.

According to the governor, Oshiomhole opted to launch a battle he could not win and thus robbed APC of elective positions in the hitherto APC controlled-state.

“I won’t be surprised because, of course, you know the imposition we suffered in the party. When you say the party, you talk about the leadership of that party, it’s not the party. I don’t have problem with the working committee of the party.

“I only have problem with the chairman of the party because he took it upon himself to do the wrong thing against me for just no cause and to fight a battle that he can never win.

“No, he is the one that is behind all these impositions. Can you imagine, as I speak to you, the APC candidates in Imo State did not win a seat? APC does not have a councillor in Imo State now. It does not even have a house member.

“But the AA candidate has eight seats in the Imo State House of Assembly, two federal House seats and they have one senator about to come to the Senate.

“This is why internal democracy must be respected. Let the will of the people prevail rather than this imposition. It is unfortunate what has happened in Imo State.

“At least, I have been vindicated for the fact that I said the APC candidate they are imposing on Imo people is not popular. He came from the opposition. For the first time, APC doesn’t have a seat in Imo State.

“We had a governor, federal house members but today. APC does not have because of imposition,” he added.

Okorocha who further alleged that the Peoples Democratic Party (PDP) candidate, Emeka Ihedioha, did not win the March 9 governorship election in the state, claimed that there would still be a rerun election because Ihedioha did not fulfil constitutional requirements to be declared winner.

According to him, the election was characterised by various flaws which he said would ultimately invalidate it.

Also arguing that up till now, the winner of the senatorial election in Okigwe zone has not been declared, Okorocha said the country was treading a dangerous path which he said could have dire consequences in the nearest future if the current trend is sustained.

He said: “Now in the same way, the governorship candidate of PDP never won that election because the election flouted Section 179 of the Constitution of the Federal Republic of Nigeria which says that you must have the highest votes and you must have 25 percent in two-thirds of the local governments.

“Of course, you know he didn’t win that election. But even at that, we had the highest mark. The returning officer of INEC was never patient to even calculate to know that it was 200,000 votes where there was supposed to be a rerun.

“Also, he flouted that basic constitution of the Federal Republic of Nigeria which says you must have 25 percent in two-thirds of the state. He doesn’t have it.

On INEC decision to deny him a return certificate from the February 23 senatorial election having been declared winner, Okorocha denied the allegation of being declared by the returning officer under duress.

He said he is currently waiting for his certificate and believes that INEC will present it to him soon.

Asked why the party is not in solidarity with him over the matter, he said that should be expected for obvious reasons.

He insisted that he won the election and was declared in the presence of security operatives as he queried while the returning officer has hitherto failed to substantiate his claim of declaring him under duress.

“I have not contravened any section of the constitution and I have not done anything wrong not to be given my certificate. I pray and hope INEC would do what is just and what is right.,” he insisted.

Asked if he discussed the matter with the president, he said: “I don’t think that would have been necessary thing to do because, it’s a straight forward matter. INEC conducted election, results were declared.

“The returning officer declared the results and I won. Only one week later, to hear that somebody wrote a petition that he issued that declaration under duress. I say where? Was it in his private house or was it in the collation centre?

“If it is the collation centre, SSS officers were there, police were there, international observers, INEC officials and many others (were there).

“So, who actually put him under duress? The man has not been able to say that. Nobody has ever sent a statement about that but I think INEC would want to do the right thing very very soon.”

Asked why he was in the State House, he said he was there to invite the president to commission numerous projects he had executed including a cargo airport he said he had newly built. 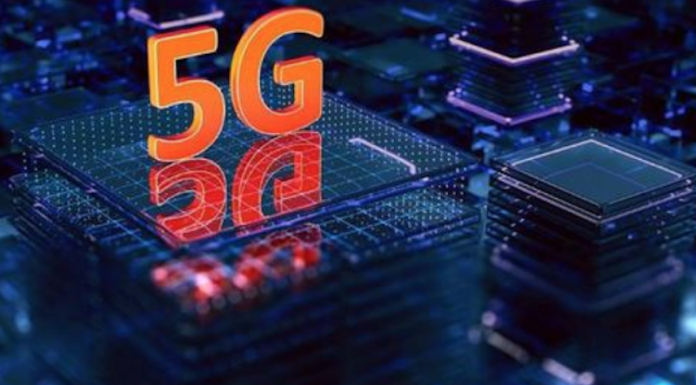