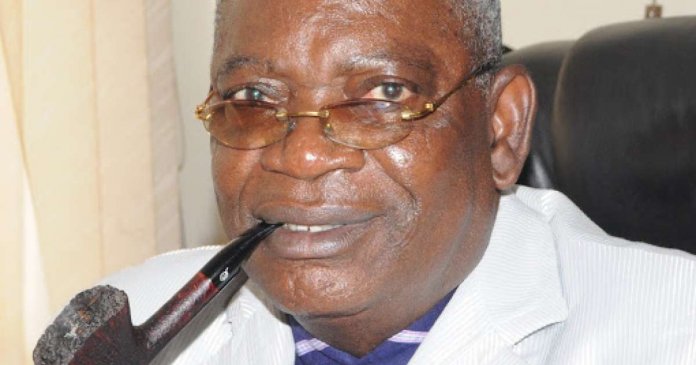 The Federal University of Technology, Akure (FUTA) has renamed its Postgraduate Hall after Senator Joseph Waku, the late Pro-Chancellor and Chairman of the Governing Council of the institution, who died on February 3, 2019.

The Vice-Chancellor, Professor Joseph Fuwape made this known at the home of the late senator in Makurdi, Benue State, during the burial ceremonies. He said the decision to immortalise Waku who served FUTA meritoriously and contributed significantly to the development of the institution was approved by the council.

“Waku as the chairman of council, kick-started the commercial farming of FUTA on 15 hectares of land as part of efforts to boost the internally generated income for the institution and to educate peasant farmers around FUTA and Akure environs on mechanised farming.
“He also jump-started the process leading to the establishment of a Centre of Excellence in Bitumen Exploration in FUTA.

“Under his leadership, the plans to establish the institution’s teaching hospital was revitalised with the release of the land for the project by the Akure Kingdom and the Certificate of Occupancy by the Ondo State Government,” Fuwape stated.
He said the ‘Joseph Waku Postgraduate Hall’ will remind students, staff and the general public that Waku, who served as pro-chancellor between May 9, 2017 and February 3, 2019, passed through FUTA and left indelible marks.