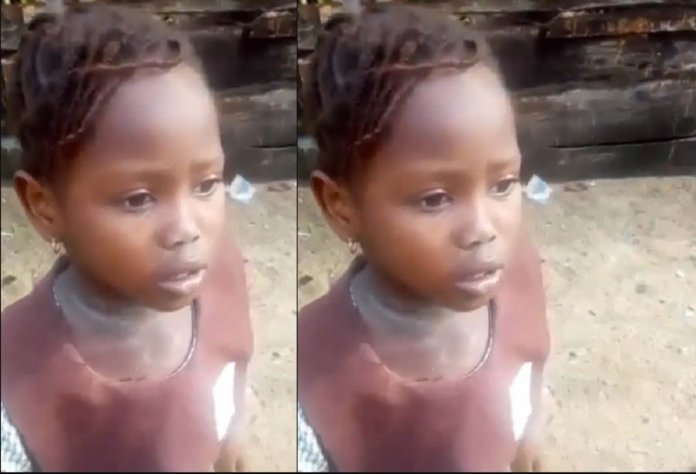 Following the public outcry over the dilapidated structures at Okotie Eboh Primary School, Sapele, Delta State and the collection of illegal levies, as exposed in a video of a seven-year-old Miss Success Adegor, who was allegedly sent home for not paying fees, the Delta State Government has suspended the head teacher of the school, pending the outcome of a formal enquiry into the issue of unauthorised levies and fees she imposed in the school.

The state Commissioner for Basic and Secondary Education, Chiedu Ebie, said in a statement issued yesterday that he had been inundated with messages and calls since the video broke and went viral last Friday.

He said the ministry conducted preliminary investigations on the matter at the weekend before his trip to Sapele to officially address the matter.
“For purposes of clarity and to address the initial issues which the video threw up, I state as follows: That by virtue of the Universal Basic Education (UBE) Act, education at the basic education level is free. However, in Delta State, that provision is also extended to senior secondary level with the resultant effect being that basic and secondary education – primary, junior and secondary- in Delta State is and still remains free.

“It, therefore, means that the head teacher of the school had no right to impose any levy or fees on the pupils of her school. In my brief encounter with the head teacher this morning, there appeared to be numerous inconsistencies in her response on this issue as she was unable to categorically state who authorised her to impose the levies or fees which is in clear breach of the extant rules.

“Consequently I have directed the State Universal Basic Education Board (SUBEB) to suspend the head teacher, pending the outcome of a formal inquiry into the issue of unauthorised levies and fees imposed by her in the school.”

On the state of the infrastructure, the commissioner said: “It is important to clarify that Okotie Eboh Primary Schools I and II, Sapele exist in two locations in the same neighborhood and within a minute’s walk of each other. Having discovered the dilapidated state of the infrastructure in the schools, steps were immediately taken by the state government, through the Ministry of Basic and Secondary Education, to carry out a phased renovation and upgrade of the infrastructural facilities beginning with Okotie Eboh Primary School II. It is important to place on record and for the avoidance of doubt that the contract of the first phase was awarded on December 29, 2018 and work has since commenced.”

He stressed that as a responsible and responsive government, “it is our duty to address issues that affect the citizenry of the state and in doing so, we will ensure that renovation works are carried out satisfactorily and within reasonable time to ensure that we continue to provide conducive learning environment for our pupils and students.”

Ebie added that since the inception of the current administration, the state government, through the Ministry of Basic and Secondary Education and its parastatals have carried out the construction and renovation of 4,738 classrooms in addition to rehabilitating and repositioning the six technical colleges in the state.