The Peoples Democratic Party (PDP) in Rivers State has called on the Acting Inspector General of Police, Abubakar Adamu, to institute a probe into the alleged involvement of the Commander of the Special Anti-Robbery Squad (SARS) in the state, Akin Fakorede, and operatives of the squad, in the killing and harassment of agents of the party during the suspended governorship and state House of Assembly elections in the state.

This is coming as the party has commended the Chief of Army Staff, Lt. General Tukur Buratai, for instituting a panel to probe the alleged invasion of polling units and collation centres by soldiers in the state and the plot to assassinate the state Governor, Nyesom Wike.

The state Chairman of PDP, Felix Obuah, while addressing journalists yesterday in Port Harcourt, said one of the victims of the alleged attack by SARS operatives, Dr. Ferry Gberegbe, has died while several others who were critically wounded are battling for their lives in hospitals.

Obuah said: “We also commend the Chief of Army Staff, Lieutenant General Yusuf Tukur Buratai for inaugurating the Major General TA Gagariga-led committee to probe the allegations of misconduct, including the assassination attempt on our Governor, His Excellency Nyesom Ezenwo Wike by soldiers during the 2019 general election.

“We wish to assure the Chief of Army Staff that the PDP will appear, present and prove before the committee with facts and evidence of the atrocities committed by his soldiers against the electoral process and the people of Rivers State before, during and after the 2019 general election.

“In the same vein, we wish to call on the Acting Inspector General of Police, Mr. Abubakar Mohammed Adamu to institute a similar panel to probe the brazen involvement of the Rivers State Commander of F-SARS, Mr. Akin Fakorode and his gang of police operatives in the organised invasion of polling units, collation centres, abduction of electoral officers and the shooting and killing of innocent persons during the general election at Khana, Gokana, Ikwerre, Eleme, Tai, Oyigbo and Ogu/Bolo LGAs of the State.

“As we speak, one of the victims of Akin Fakorode’s assault, Dr. Ferry Gberegbe, a senior lecturer at the Ken Saro Wiwa Polytechnic has died of gunshot wounds, while Mr. Marvin Lezor Kpea-ue, Raymond Ledogo and several persons are presently battling with life-threatening injuries inflicted on them by Akin Fakorode and his murderous gang.

“We wish to reiterate that Mr. Akin Fakorede has over the years become a recurrent obstacle to the peaceful conduct of general election in Rivers State; and he does so with provocative bravado and criminality.

“It is on record that Mr. Akin Fokorode was copiously indicted by INEC’s investigative panel for direct interference and involvement in the violence and rigging that characterised the December 10, 2016 and August 18, 2018 legislative houses re-run elections in Rivers State.

“Unfortunately and to the consternation of law abiding citizens, because nothing has been done to bring him to justice, Mr. Akin Fakorode continues to revel in his criminally culpable assault against our electoral system and the people of Rivers State and getting away with willful assault, murder and criminal violence as if he is above the law.

“This time around, it is our hope and prayer that Akin Fakorode must not escape justice for his numerous crimes against the electoral system and the people of Rivers State, which can only happen with his arrest, investigation and trial as the law demands. Otherwise, such acts of impunity and disregard for the laws of our country will not stop.”

The PDP Chairman, who said the  party accepted the pronouncements of the Independent National Electoral Commission (INEC) as substantial representation of the true state of the electoral process before the suspension, reminded the electoral body that elections successfully held and results declared at the unit and ward levels in five of the six other local government areas where full collation of results were still pending.

He said: “The PDP accepts the afore-mentioned pronouncements of the INEC as substantial representation of the true state of the electoral process before the suspension.

“We therefore urge the INEC to follow its guidelines to fill the missing gap, if any, in the collation process for the remaining five LGAs by generating the full results from the unit results already in its custody and declare our candidates the clear and unassailable winners of the 9th March 2019 governorship and House of Assembly elections in Rivers State.

“We commend the INEC for standing by the truth and for its courage and principled determination to ensure that the votes of the people of Rivers State as freely and overwhelmingly expressed on the 9th of March 2019 in favour of the PDP effectively count.” 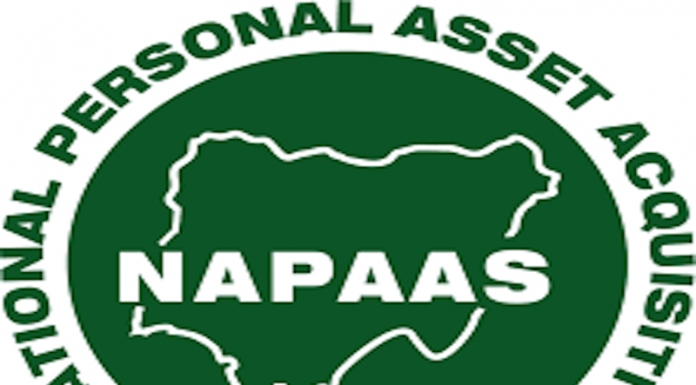