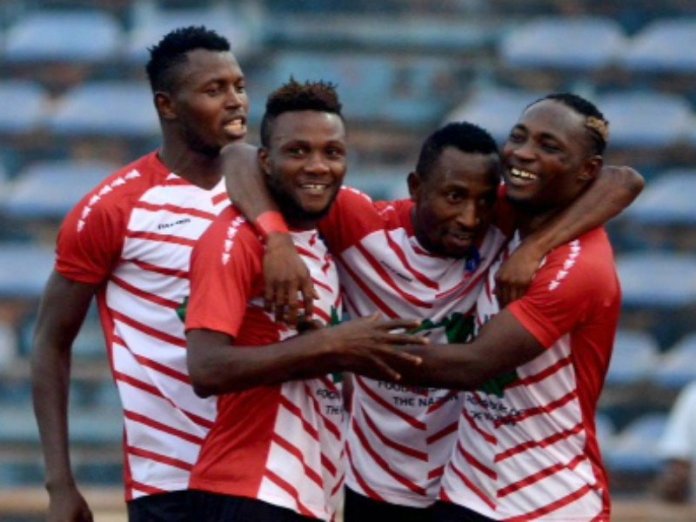 That win has now brought some respite to champion Lobi who have leapt from the near bottom of the Group A table to sixth spot with 11 points from six matches. They have four more outstanding matches to catch up with the rest teams in the group.

Monsuru who who joined Lobi Stars from the Olukoya Boys during the mid-season break last term, scored the winning goal for the hosts 20 minutes from time.

Group A leaders MFM however drew level in the 28th minute through Chijioke Akuneto who tapped home Michael Ohanu’s cross after a good counter-attacking move.

However, despite the defeat, MFM FC remains top of the Group with 18 points from 9 matches and will face Bendel Insurance in their next league game at the Agege Stadium on Sunday.

Lobi Stars meanwhile will face Ivorian side ASEC Mimosas in their final CAF Champions League group game in Enugu on Sunday having no chance of progressing to the next round of the competition.

The NPFL will resume from the election break this weekend with week 10 matches across different centres in the country.