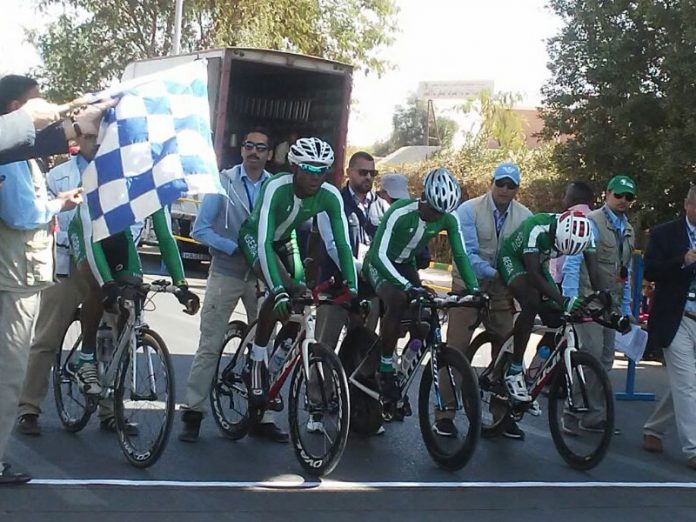 The Federal Government has struck an agreement with the Confederation of African Cycling (CAC) to stage in Abuja, the maiden African Track Championship, genetically known as African Cup 2019.

The President of the Cycling Federation of Nigeria (CFN), Giandomenico Massari signed the undertaking with the CAC President, Dr Mohammed Azzam in Rome at the weekend.

The championship is slated for between July 27 and 28 at the Velodrome, Package A, Abuja National Stadium.

The parley between Massari and Azzam, that took place in the presence of the President of the International Cycling Union (UCI) David Lappartient and the President Italian Cycling Federation and Vice President of UCI, Mr Renato Di Rocco, was at the sideline of the CAC and EU Cycling Congress in Italy.

The UCI is expected to provide technical and equipment support for the championship.

In the light of the agreement, the CFN president said the federation would soon embark on a strategic marketing plan to woo potential sponsors into partnership that will make the African Cup a commercial and sporting success.

He disclosed yesterday that Nigeria agreed to host the championship to help in nurturing the hidden potentials of its youth in cycling.

Among other expectations, Massari said the Nigerian Federation will cater for accommodation, feeding, transportation and sundry technical and medical support to the participants.