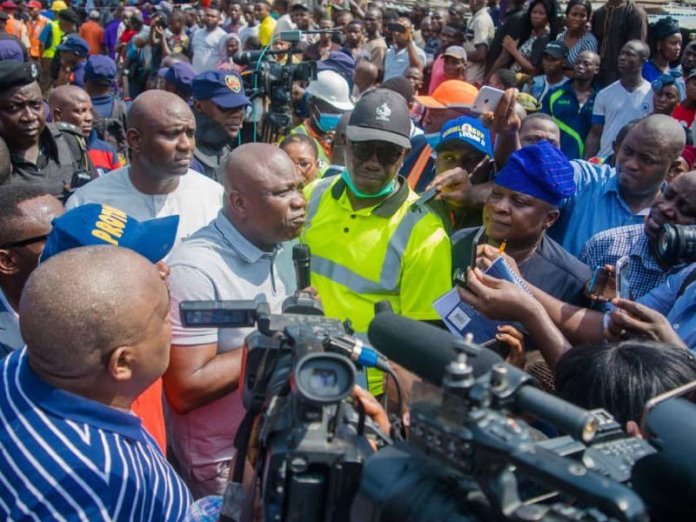 The Lagos State Government says 20 victims of the collapsed school building located at Itafaji in Lagos Island, are receiving treatment in some hospitals in Lagos.

Dr Titilayo Goncalves, the Permanent Secretary, Lagos State Ministry of Health (MOH), made the disclosure at a news conference at the hospital on Wednesday.

Goncalves said that some of the victims had been transferred to other hospitals for further treatment.

She said that the hospital had earlier created a centre where all patients were taken to and given emergency care.

According to her, once the patients had been stabilised, they were moved to tertiary hospitals including the Lagos State University Teaching Hospital (LASUTH), Ikeja, and Gbagada General Hospital.

“Some people are still being brought out from the rubbles, “ she said.

The permanent secretary assured parents and guardians of the victims that members of the medical team were on top of the situation.

“People should keep calm and be sure that the very best of service is being provided for all the victims brought out alive, “ she said.

The News Agency of Nigeria (NAN) reports that in the early hours of the day a three story building, housing a school collapsed, trapping many occupants. (NAN)