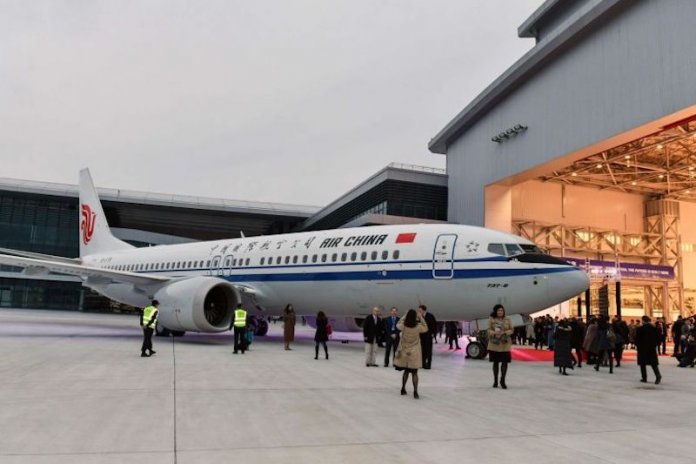 More countries have joined Ethiopia, Indonesia, China and Camay Island to ground the operations of Boeing 737MAX8 after the aircraft type operated by Ethiopia Airlines crashed on Sunday morning en-route Nairobi from Addis Ababa, killing 157 persons on board.

According to BBC, the UK’s Civil Aviation Authority has banned the Boeing 737 MAX from operating in or over UK airspace “as a precautionary measure”.

The authority said the decision was taken after “an Ethiopian Airlines Boeing Max 8 crashed on Sunday, killing 157 people on board”, the second fatal accident involving that model in less than five months.

By that decision, UK has joined Malaysia, Singapore, China and Australia, in banning the aircraft.

The CAA said the directive would remain in place until further notice.

Tui Airways and Norwegian both operate the Boeing Max 8 in the UK as part of their fleets.

“The UK Civil Aviation Authority has been closely monitoring the situation, however, as we do not currently have sufficient information from the flight data recorder we have, as a precautionary measure, issued instructions to stop any commercial passenger flights from any operator arriving, departing or overflying UK airspace,” a CAA statement said.

A Tui statement confirmed their 737 Max 8 aircraft were grounded following the CAA’s decision.

Most of the airlines that are still operating the aircraft type are based in the US, some of the operators issued statements saying they are comfortable with the aircraft, but travellers in other countries are apprehensive that the US airliners should not operate their aircraft to their destinations.

However, while the Nigerian Civil Aviation Authority (NCAA) had said earlier that the aircraft type was not in its registry, the regulatory authority on Tuesday issued a statement, saying that it would continue to observe to ensure the safety of air travellers in Nigeria.

This is in reaction to the anxiety expressed by Nigerians whether foreign airlines operating the aircraft would fly to Nigeria.

“The Nigerian Civil Aviation Authority (NCAA) has assured the flying public of their safety, stating that there is no cause for alarm. Presently, the accident aircraft type, Boeing 737 – Max 8 is not in operation in the country.

“However, the Authority, in line with its Safety Oversight mandate enshrined in the Civil Aviation Act 2006, is consciously monitoring the development(s) with a view to taking the necessary steps that will enhance the safety of all aircraft in operation within the Nigerian airspace.

“It would be recalled that an Ethiopian Airline B737 -Max 8 crashed on Sunday 10th March, 2019 killing all the souls on board after which the Airline and some other countries have grounded the accident aircraft type in their operations. This is to assure the public that NCAA will continue to ensure that safety regulations are strictly adhered to for the safety of all in Nigeria. Our heart is with the Airline and families of the victims of the accident,” NCAA said in statement signed by its spokesman, Sam Adurogboye.

Meanwhile, world’s second biggest aircraft manufacturer, Boeing announced late Monday that it would update flight control systems on its 737 Max 8 commercial jetliners after the plane was involved in two deadly accidents in the past five months.

According to The Washington Post, the move came hours after the US Federal Aviation Administration (FAA) issued an advisory mandating specific “design changes” no later than April 2019.

The report said that for months Boeing had faced harsh criticism from pilot groups, which took issue with a decision to update the plane’s flight controls without detailing the changes in pilot training.

“Boeing has been working closely with the Federal Aviation Administration (FAA) on development, planning and certification of the software enhancement, and it will be deployed across the 737 Max fleet in the coming weeks,” the company wrote. “The update also incorporates feedback received from our customers.”