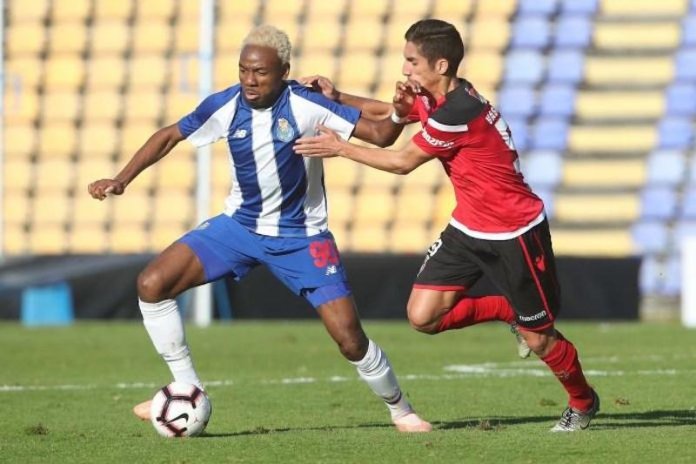 Arsenal and Nigerian midfielder, Kelechi Nwakali’s quest for a permanent switch to FC Porto where he is on loan may have failed following his inability to impress the Portuguese side in the ongoing season.

The Golden Eaglets was celebrated some years back when he moved to London as a rising star in the rank of Arsenal during the last days of Arsene Wenger at the Emirates Stadium.

With too many players in the pool for the former English Premiership side, Nwakali was sent on loan to Porto to improve himself with the hope that he will raise the bar for a return to the club or remain in Portugal and start a new life.

According to Owngoalnigeria.com, Nwakali joined the B team of the Portuguese side on a season long loan deal but he has failed to nail down a permanent spot in the starting line up of the team after 25 rounds of games in the Portuguese second division.

He was expected to progress to the first team in order to trigger a permanent deal with the Portuguese giants but with just 15 matches to his name and a combined total of 852 minutes the club has decided against a permanent deal.

The former Under-17 World Cup MVP will have return to Arsenal in the summer where a decision is expected on the next line of his career with two years left on his deal at Arsenal.

Nwakali among the players expected to play a part for the Nigeria at the Under-23 Cup of Nations qualifying game against Libya later this month.