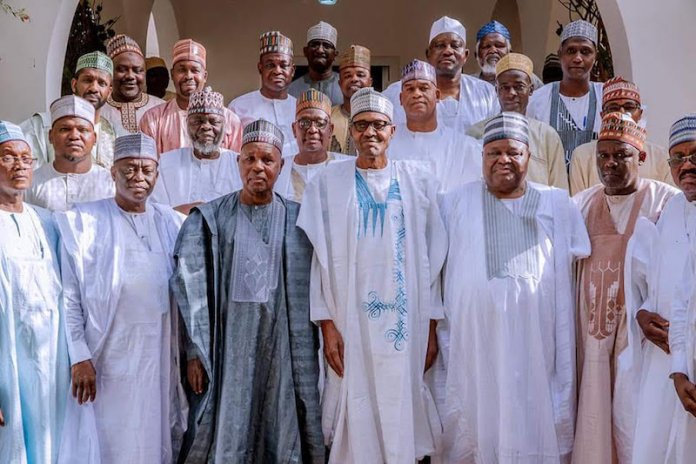 President Muhammadu Buhari Monday in Daura, Katsina State, said he was looking forward to a mutual and effective working relationship with the ninth National Assembly that could improve the budgetary process and restore the country to January-December fiscal cycle.

In a statement, his media aide, Malam Garba Shehu, said Buhari made this remark while receiving his old school mates, who had visited him to congratulate him on his re-election for a second term.

According to the statement, the president, who noted how the delay in the passage of budgets hindered timely execution of projects across the country, however, said with the victory of the All Progressives Congress (APC) at the presidential election and its winning of majority seats in the ninth Senate, said he was confident that more work would be done to improve the efficiency of the budgetary process.

The statement further said the president told his classmates in the 1953 set of Katsina Middle School, Daura, led by Senator Abba Ali, that it was on record that the 2018 budget proposals submitted to the National Assembly on November 7, 2017, was passed after seven months.

The statement added, “Notwithstanding the challenges, President Buhari assured his classmates that the Executive arm of government, under his watch, will strive towards effective implementation of national budgets while promoting transparency and accountability.

“He thanked his old school colleagues for the ‘reunion’, commending their interest and useful suggestions on advancing Nigeria’s prosperity and stability.

“In his remarks, Senator Ali, while congratulating the President on his re-election, said majority of Nigerians believed in his purposeful leadership and resoundingly renewed his mandate.

“The Senator, who wished the President more success in his second-term, noted that the country will benefit more when the executive and legislative branches of government work in unison on national interests.”