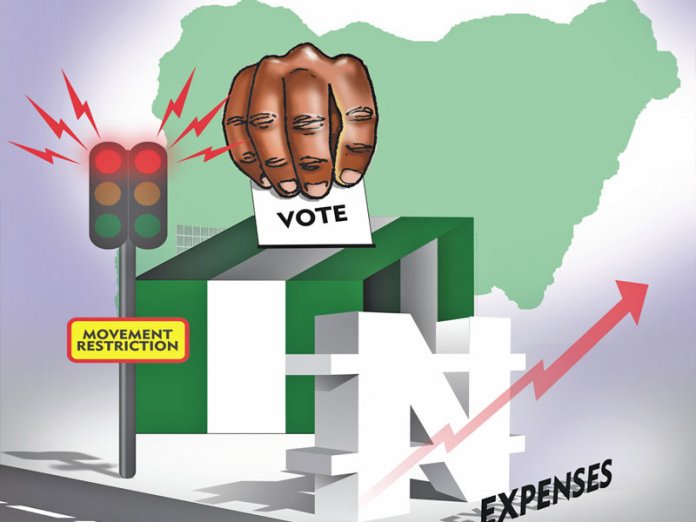 It’s time to conduct all elections in a single day

With the conduct of the gubernatorial polls in 29 states and House of Assembly polls in all the 36 states yesterday, we hope we can draw a curtain on the 2019 general election. But the experiences should compel a rethink on the varied implications of holding elections in Nigeria. We must examine this challenge from several perspectives: the closure of borders, the declaration of holidays on days preceding voting, the restrictions on movement during the exercise, the deployment of military troops and a disproportionate number of police and security personnel, etc. These are some of the issues that have to be looked at in the coming weeks, months and years in a nation where elections are conducted almost as war.

In several theatres across the country Saturday, violence remained a defining feature of the elections that were so militarised that the joke being circulated is that in Nigeria hunters fight terrorists while soldiers monitor polls. Virtually all the problems associated with the presidential and national assembly elections were repeated yesterday despite the fact that turnout of voters was low in Abuja and most of the states. At the end, the Independent National Electoral Commission (INEC) and other stakeholders need to examine all the factors militating against the conduct of credible elections in Nigeria.

However, of greater concern are the enormous resources that go with these elections every four years. At a period when the country is looking for cost-cutting measures to survive amid dwindling revenues, many have proposed a one-day general election as it is done in most countries, including within the West African sub-region. Against the background that under the prevailing electoral system it could sometimes take between three and four weeks to conduct the various elections during which all economic–and sometimes even academic–activities are usually grounded throughout the country, we consider it a worthwhile proposition.

Of course there are also those who argue that since INEC still has difficulties in holding crisis-free elections under the existing staggered formula, there is no assurance that the electoral body would get it right if all elections are held in one day. That may be a legitimate concern. But in lending support to the single-day voting, we have weighed all the negatives that the extant staggered elections present against what the nation stands to gain from such proposition. It is indeed noteworthy that shortly after the 2011 general elections, former INEC Chairman, Professor Attahiru Jega came up with the idea of holding all elections in the country on the same day. In proposing the single-day elections, Jega noted that the existing arrangement of staggered elections was fraught with many drawbacks just as it was wasteful in terms of energy, time and money.

First and foremost, the current system is not cost effective as the nation isalmost always shut down for several days whenever elections are held with all the attendant economic implications. There is also the issue of voter-fatigue as turnout of electorate often declines after the first major poll as witnessed yesterday across the country. This is aside the last-minute postponement that is becoming a tradition at every election season.Furthermore, and perhaps more fundamental, is the notorious fact that once the presidential and national assembly are held first and results declared, subsequent elections tend to reflect the so-called bandwagon effect. We therefore endorse single-day voting because, as has been evident in countries where it is practiced, it would take care of the waste and allegations of manipulation usually associated with staggered polls.

The main concern has always been whether INEC will really get its act together to ensure that all logistics problem in terms of management of ballot papers and voting materials to polling centres as currently being encountered will be eliminated prior to introducing the single-day voting. But that does not obviate the fact that it is worth trying, as it has been perfected in smaller West African countries where elections are usually held in one day, even with a multiplicity of political parties competing.

Meanwhile, as we await the results of the gubernatorial and house of assembly elections in the states, we hope the winners will be magnanimous in victory while those who may feel aggrieved with the outcome will seek legal redress rather than take the law into their own hands.