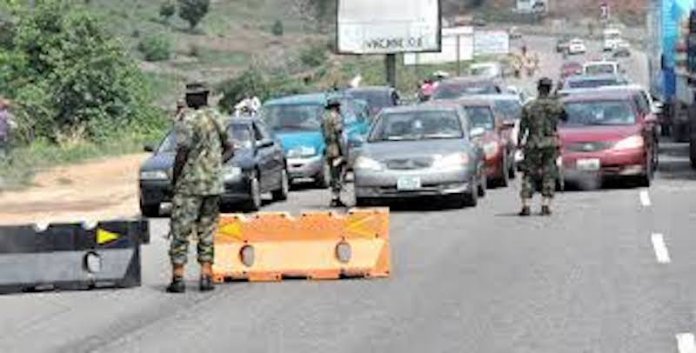 In spite of the restriction of vehicular movement during the Saturday’s area council election in the Federal Capital Territory, vehicles have continued to ply the Umaru Musa Yar’Adua Expresse way.

Meanwhile, voters turnout in the area was generally low just as election materials arrived at 9:15 a.m., more than an hour late at Aleyita polling centre 012.

NAN also reports that the polling centre has nine units with about 4,315 registered voters.

However, accreditation and voting started at 9:40 a.m. with the card readers working optimally amid adequate security presence.

Some electorate who spoke with NAN, attributed the poor turnout to lack of interest in the council election and poor mobilisation on the part of political parties.

Mr Joshua Maiyaki, a voter, said electorate were more interested in the Presidential and National Assembly elections, adding that the impact of governance at the area council level was minimal.

Maiyaki also said that many people could have been discouraged because of the outcome of the Presidential poll.

“As you can see, people are not here unlike what we witnessed on Feb. 23, because many of us are not interested in this election.

“Some people are also discouraged because of the outcome of the last election, especially as their candidate did not win.

“A lot needs to be done to encourage people to come out and vote by ensuring that their votes count,” he said.

Another voter, Mr Adams Abdul, said the level of campaign by the political parties was low, saying there was no adequate mobilisation of voters.

According to Abdul, voters that came out today did so because they know the candidates personally but not many people in these communities know anything about most of the candidates.

The Presiding Officer, Uche Tochukwu, said that all the card readers were functioning effectively.

Tochukwu, however, attributed the delay in the arrival of materials to logistics challenges. (NAN)