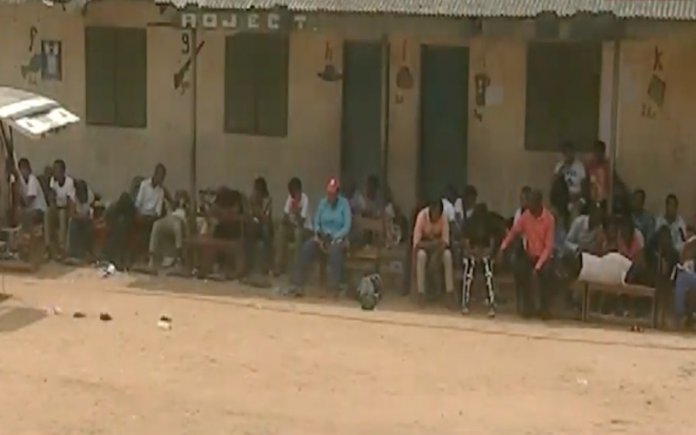 THISDAY gathered that the development made the electoral officers in the local government to hurriedly begin the process of replacing those who failed to report for duty.

There are 11 electoral wards in the local government area.

An INEC official, who identified himself as Olusegun while speaking with journalists at Onireke, headquarters of the local government, said they were surprised that some of those who served in the last elections could not report due to fear of attacks.

He said: “Some of those who participated in the last elections could not come due to fear of attacks.You can see, we have to call for replacement of those who could not report.

“Those who are being used for replacement are already putting down their names.There are 11 wards in this local government, what we did is that, when we noticed the shortfall of the personnel, we called for replacement.

“I don’t know the figure now, but it cut across the local government, it may be due to fear of attacks. Though, we don’t know why they did not report.”

Meanwhile, the state command of the Nigeria Security and Civil Defence Corps (NSCDC) has said the command has deployed no fewer than 3,500 personnel to provide security for the governorship and State House of Assembly elections in the 33 local government areas of the state.

The Public Relations Officer (PRO) of the command, Mr. Olusegun Oluwole, made this disclosure while speaking in an interview at the command’s headquarters in Ibadan.

Oluwole maintained that the officers who were already in their areas of deployment were deployed in order to ensure a hitch free elections.

He said: “The NSCDC Oyo State Command has deployed about 3,500 officers to monitor the elections in the 33 LGAs and 35 LCDAs. You can see our vehicles there, some have gone. Those who are going to far places have gone. We have taken the issue of vote buying serious and we are doing it along with other security agencies. We are putting our heads together to ensure that security threat are tackled.

“The way and the training they are giving our officers, you must be apolitical. All of us that will be going out, all of us have been trained on electoral matters. And that is why we are giving out our numbers to report in case of any complaint.”