Citing the whopping $4 billion spent annually on importation of textile materials into the country, the Central Bank of Nigeria (CBN) yesterday added all forms of textile materials to the list of items that are not eligible for foreign exchange from the official windows with immediate effect.

The apex bank has, however, promised a financial intervention to textile manufacturers with the provision of funds at single digits rate, to refit, retool and upgrade their factories to enable them produce high quality textile materials for the local and export market.
Speaking yesterday at a meeting with stakeholders in the textile industry in Abuja, the CBN Governor, Mr. Godwin Emefiele, said the decision was critical towards reviving the moribund sector and creating jobs for Nigerians.

He warned all FX dealers in the country to desist from granting any importer of textile material access to foreign currency in the Nigerian foreign exchange market.
He said going forward, the apex bank would adopt a range of other strategies that will make it difficult for recalcitrant smugglers to operate banking business in Nigeria, adding that details of the proposed strategies would be unfolded in due course.

“Effective immediately, the CBN hereby places the access to FX for all forms of textile materials on the FX restriction list,” Emefiele announced.
However, he noted that the apex bank would initially support the importation of cotton lint for use in textile factories, with a caveat that such importers will begin to source all their cotton needs locally beginning from 2020.

Emefiele’s declaration for the textile industry was highly commended by stakeholders, particularly the Cotton, Textile and Garment (CTG) association, which predict better days following the CBN’s intervention programme.
The apex bank governor said the country currently spends over $4 billion annually on imported textiles and ready-made clothing.
He said the CBN would craft adequate measures to deal with the menace of smuggling, which had often threatened efforts towards self-sufficiency.
According to him, CBN will make life difficult for smugglers.

He said: “We will deal with smuggling this time. We know what we will do to make it difficult for them to import textile. We will try economic solution to smuggling.”
Mulls Single-digit Funding Intervention for Sector
Further reeling out an array of CBN initiatives targeted at restoring the lost glory of the textile industry, Emefiele disclosed that there would be financial intervention to textile manufacturers with the provision of funds at single-digit rate.
The textile firms, he added, will also refit, retool and upgrade their factories to enable them produce high quality textile materials for the local and export market.
He said as part of its Anchor Borrowers Programme (ABP), the apex bank would also support local growers of cotton to enable them to meet the needs of the textile industries in the country.

Emefiele also said that the CBN would support efforts to source high-yield cotton seedlings “to ensure the yields from our cotton farmers meet global benchmarks.”
He further pledged that as regards the provision of stable electricity, the CBN would support the creation of textile production centres in certain designated areas in the country where access to electricity shall be guaranteed.
He expressed the confidence that these measures would discourage smuggling, resuscitate the critical industry, and support stakeholders’ efforts at creating jobs for Nigerians.
The CBN governor said with a projected population of over 180 million, the needs of Nigeria’s domestic market are huge and varied, with immense prospects, not only for job creation, but also for growth of the domestic textile industries.

He said: “One quick example that highlights the potential of this local market includes the need to support provision of uniforms and clothing apparels for school students, military and paramilitary officers as well as workers in the industrial sector.
“In addition, when we consider the amount spent on outfits for religious and social events such as weddings, naming and funeral ceremonies on a weekly basis, the potential market size is well over $10 billion annually.”

He said the Nigerian economy has made considerable progress resulting from a series of steps embarked upon by the CBN.
These, according to him, include a tighter monetary policy regime beginning in 2016; the establishment of the Investors and Exporters Window in April 2017; restriction of access to forex for 41 items that could be produced in Nigeria as well as the deployment of its agricultural intervention programmes to support improved cultivation of particular agricultural items namely rice, tomatoes and fish.
He noted that following a successful general election, “our foreign investor- friends have began to show interest in Nigeria again, given their confidence of a stable business environment.”

He added that noticeable declines have been recorded in monthly food import bill, which declined from $665.4 million in January 2015 to $160.4 million as at October 2018, resulting in a cumulative fall of 75.9 per cent and an implied savings of over $21 billion on food imports alone over that period.
Emefiele said: “A lot of progress has been made, but at the same time more needs to be done in order to ensure that we build an inclusive economy that supports domestic production of goods and services, while offering job opportunities to teeming Nigerians.

“This is the only option that we have, if we are to insulate our economy from volatility in the crude oil market and in the global financial markets.
“In order to achieve this goal, the CBN together with other critical stakeholders recently identified key commodities and products such as textiles and palm oil that have the ability to support the creation of hundreds of thousands of jobs in our economy.”
He said: “As you are aware, in the 1970’s and early 1980’s, Nigeria was home to Africa’s largest textile industry, with over 180 textile mills in operations, which employed close to over 450,000 people. By today, if we had nurtured and encouraged the textile industry, that sector will be employing millions.

“The textile industry at that time, was the largest employer of labour in Nigeria after the public sector, contributing over 25 per cent of the workforce in the manufacturing sector. This industry was supported by the production of cotton by 600,000 local farmers across 30 of Nigeria’s 36 states. This sector supported the clothing needs of the Nigerian populace, as our markets were filled with locally produced textiles from companies such as United Textiles in Kaduna, Supertex Limited, Afprint, International Textile Industry (I.T.I), Texlon, Aba Textiles, Asaba Textile Mills Ltd, Enpee and Aswani Mills amongst several others.”
Continuing, he said it was no secret that the past 20 years had been “very difficult” for many textile firms, which had faced rising operating cost and weak sales due to high energy cost, smuggling of textile goods, and poor access to finance.

He said many of the textile industry employers have had to lay off employees while most of the factories mentioned have all stopped operations, leaving only 25 textile factories in operation presently- and operating below 20 per cent of their production capacities with total workforce of less than 20,000 people.
Emefiele said: “In addition, the cotton growing sector has gone dead, thereby depriving thousands of small holder farmers the opportunity to earn a living. Furthermore, a large proportion of our clothing materials are imported from China and countries in Europe.
“At this stage, we intervened to redirect our focus to the important role the textile industry played in our country. They did more than produce cottons and textiles; they helped in sustaining the vitality of the neighborhoods in which they operated.

With the death of these industries, came a rise in unemployment, insecurity and other negative social vices.”
Also, reacting to the recent rumour on social media that he had been relieved of his position as CBN governor, Emefiele said: “I am confused and concerned about some stories going round. At least you can see me: I am doing my work and my tenure expires in June and at least, let’s continue.” 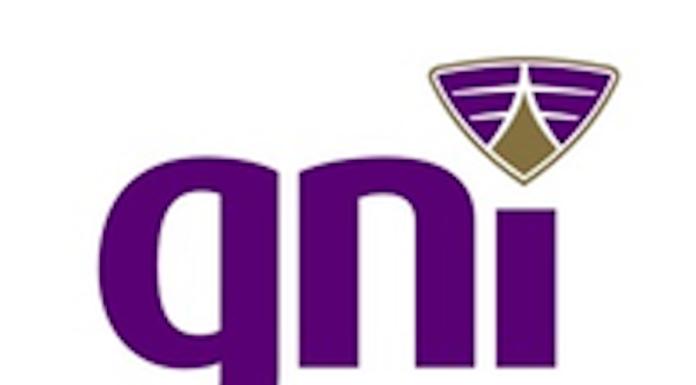