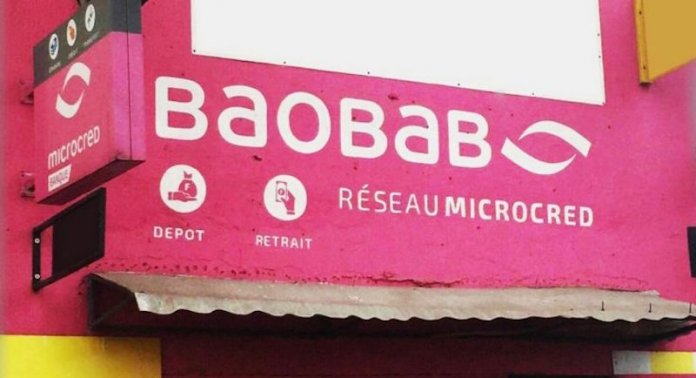 Eromosele Abiodun
The Managing Director and Chief Executive Officer of Baobab Microfinance Bank, Kazeem Olarenwaju, has said the bank will beat the September 2019 recapitalisation deadline set by the board of the bank.

Olarenwaju, who disclosed this in a chat with newsmen on the sideline of the bank’s customer forum held in Lagos, said the financial institution has several offers on the table that would take its capital base from the current N2.9 billion to N5 billion.

While stressing that the banks would continue to grow and be profitable, he said the bank between January to December 2018 grew its loan book by almost 65 per cent, adding that its customer deposits has also increased to over N3 billion.

According to him, “The timeline the board has set is September this year to make sure that the bank is fully recapitalised to N5 billion. However, let me also say that all the shareholders are very eager to make their contribution and I think it is just a matter of how is it going to be done. Interestingly, I have four banks in Nigeria who are willing to pay the remaining part of our capital; they made that proposal to us.

“When I look at the performance of the bank in the last one year, only a stupid shareholder will not take their rights because I can tell you that our earning has grown more than 500 per cent. So, I can tell you that all our shareholders will be interested in taking up their rights and you know by regulation we have up to April 2020 to capitalise.
“The other thing that we are looking at is that given what has happened last year by the time we end this year its most likely that we will be close to that capital base even with our profit without anybody making any contribution.”

He reassured the bank’s commitment to ensure safe and convenient banking for their customers in order to make them experience a seamless transaction.
Olarenwaju, said the bank believes that the growth of the customer is the growth of the bank therefore one of the agenda of the bank for the year is to actualise the plan of the bank to digitize its services as it has already been implemented in Senegal and Madagascar subsidiaries.

According to him, the bank has met the feedbacks gotten from the customers in the previous forum has the company has opened four additional operational branches, one in Lagos and three in Abuja. The number of customers increased to 87,000 bringing the staff strength to 150.

“We’ve also introduced a whole lot of products to take care of variety of customers; today we can give moratorium of three months, a month or two months as the case may be. We have TAKA which is an electronic small loan that we offer to existing customers by SMS immediately with no further documentation. All this are put together to make sure that customers have a very good experience.

“Between January to December last year we’ve grown our loan book with almost about 65 per cent, which means that it’s a lot easier for our customer to be able to obtain loan as we offer up to 60 million in fact we can do as much as 200 million. “he said

Furthermore, Olarenwaju boasted that the bank’s earning as grown more than 500 percent and the board and shareholders has set a timeline to recapitalize the capital base from N2.9 billion to N5 billion according to the CBN regulation.

Testifying to the growth of the bank one of the customer of the bank, Olumide from Ikotun branch expressed his gratitude disclosing that he has been able to grow his business which was on the verge of collapsing with the loan he obtained from Baobab.

Global Cocoa Surplus Seen in 2019
•
A global cocoa surplus is expected in the 2018/19 season, Informa’s Agribusiness intelligence has disclosed, with record production driven by favourable weather in West Africa.
Global cocoa production was seen hitting a record high of 4.85 million tonnes, leading to a surplus of 71,000 tonnes for the October/September season, it said in a report.
The projected surplus was slightly higher than the median forecast of 30,000 tonnes in a Reuters poll earlier this month. The ICCO’s most recent estimate for the 2017/2018 season was a small surplus of 22,000 tonnes.
“Massive cocoa production is almost certain this year and as a result we may expect a very volatile market in 2019 as higher-than-expected production pressures cocoa prices,” Reuters quoted Agribusiness intelligence analyst, Sergey Chetvertakov, to have said.
Top producer Ivory Coast was projected to have a crop of 2.12 million tonnes, up from the prior season’s 1.96 million with number two Ghana predicted to produce 950,000 tonnes, up by 47,000 tonnes.
The report also noted that Europe and North America face saturated local markets and the growth rate of grinding was slowing down compared to the two previous seasons.