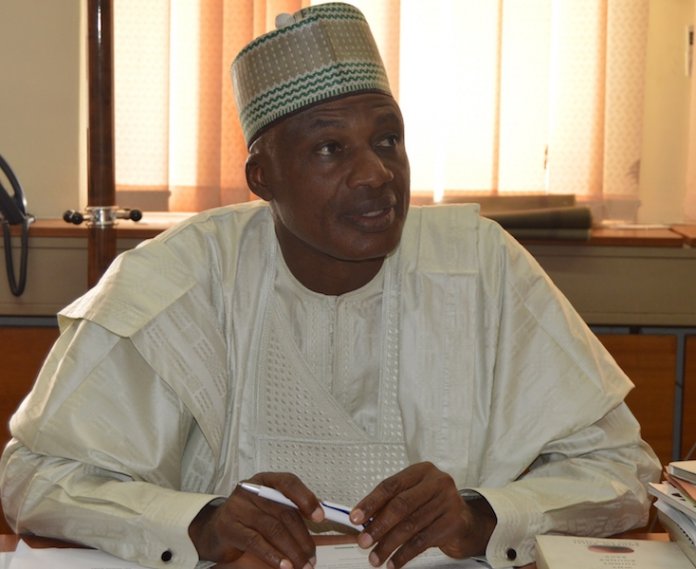 A former Director-General of the National Sports Commission (NSC), Mallam Alhassan Yakmut has been appointed Team Nigeria’s Chief de Mission to the 12th Africa Games in Rabat, Morocco later in the year.

The Minister of Youth and Sports, Solomon Dalung who made the appointment said it was in recognition of his contributions to sports in the country.

According to Dalung, the sports family will gain much by tapping into Mallam Yakmut’s wealth of knowledge.

“The appointment of Mallam Alhassan Yakmut as Chief de Mission to the Africa Games in Morocco in June is in recognition of his wealth of experience in sports administration and his contributions to sports.

“I believe that one of the challenges of sports development is what I refer to as the ‘Theory of abandonment’. Once you are out of the system you are not associated with the sports family but once in a while, your experience is tapped into for the benefit of sports development.

“So I came up with the policy thrust of appointing former sports administrators and former ministers to serve in such capacity so that we can benefit from their wealth of experience.

“This is to give them a sense of belonging and also recognising their contributions,” Dalung said.

Last year, a former Director-General of the then National Sports Commission Otunba Gbenga Elegbeleye was appointed to lead Team Nigeria’s delegation to the Winter Olympics in Pyongyang, South Korea.

Dalung said other former administrators will also be considered for such roles, as the opportunity avails in future.

The Chief-de-Mission is the Game’s delegation operational leader, Team Manager and the Liaison person between the host country and Nigeria.

Mallam Yakmut is a former professional volleyball player and a board member of the Volleyball Federation of Nigeria.

He is currently the Director, Civil Defence, Fire, Prison Service & Custom Board, Federal Ministry of Interior.