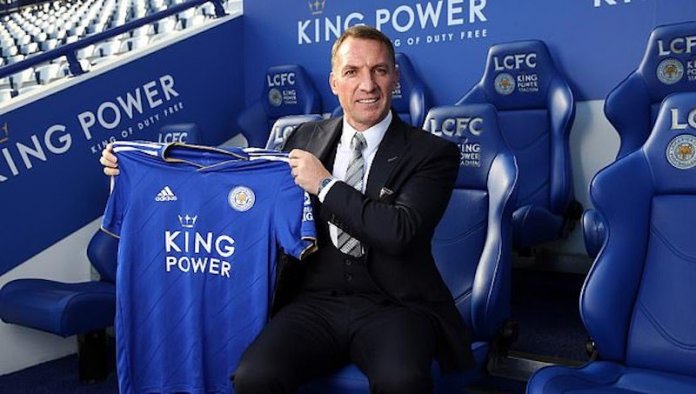 *Brenda Rodgers Pledges as he takes over at Leicester City

Brendan Rodgers has been appointed as the new manager of Leicester City, ending a trophy-laden two-and-a-half years at Scottish Premiership giants Celtic.

The Northern Irishman returns for his third stint in the Premier League, following spells with Swansea and Liverpool, the latter of which ended in October 2015.

At Celtic, Rodgers won two straight Premiership titles and leaves the club eight points clear of rivals Rangers at the summit this season.

Rodgers said: ‘I’m very privileged and honoured to be here as Leicester City manager and I’ll give my life to make the supporters proud of their club.

‘Together, we’ll be stronger and I’m looking forward to working with the players, staff and supporters to make the right steps forward.’

Leicester sacked Claude Puel on Sunday, less than 24 hours after a disappointing 4-1 defeat at the hands of Crystal Palace.

The Foxes have now lost four home games in a row and have dropped down the Premier League table. They are without a win since New Year’s Day and will hope the appointment of Rodgers can arrest the slump.

In the latter stages of Puel’s reign at the King Power Stadium, the Foxes were dumped out of the FA Cup at the hands of League Two Newport County, before suffering defeats at the hands of Southampton, Wolves and Palace.

Leicester City Vice-chairman, Aiyawatt Srivaddhanaprabha, said: “I’m absolutely delighted to bring a manager of Brendan’s calibre to Leicester City and I look forward to seeing what he, our talented, young squad and our dedicated, skilled team of staff can achieve together.

“As projects, including the development of our new training ground and the proposed expansion of King Power Stadium continue to take shape, and as a young squad of great potential begins to mature, Brendan and his colleagues arrive at an exciting time for Leicester City.

“We’re continuing to grow as a club and I am anticipating that Brendan’s coaching methods, knowledge and experience can enhance our journey,” he concluded.