The timely deployment of Nigerian Army troops and operatives of the Lagos State Police Command yesterday averted post-election reprisal at some parts of Oshodi and Ajegunle areas of the state.

The crisis was said to have been engineered by hoodlums attached to one of the political parties, who targeted traders of a certain ethnic group for allegedly voting for the opposition.

The hoodlums had yesterday stormed Brown Street and markets opposite GET Arena in Oshodi; Akpasa and Market Street in Ajegunle to forcefully close down the shops of those traders.

This move was a replica of what was obtained at Ago, Okota, Isolo, Amuwo Odofin, Ajeromi-Ifelodun, Aguda and some parts of Oshodi during the presidential and National Assembly elections last Saturday.

The modus operandi was to disenfranchise voters from the said ethnic group, who are believed to predominantly reside in the aforementioned areas.

However, yesterday’s attack would have been successful save for the timely response of the police and the soldiers, who as at press time, are still on patrol in the areas.

Speaking on anonymity, a trader at the Oshodi market said: “We had opened shop to commence sales only for the thugs (area boys) to tell us to close shop. They were asking us why we voted for the PDP candidate and not the APC.

“These are the same people who come to task us for money in our shops daily. Now it’s time for politics, they have turned against us. The last time I checked, we still have the right to vote our choice.

“Mine is even more painful. I was also a victim of the same attack in my area at Ago Palace Way last Saturday during the elections.

“The hoodlums disenfranchised me from voting my candidate because I am Igbo. They vandalised our polling unit at Jemtok/Avenue. They set it on fire, thereby making sure we didn’t vote.

“I have barely managed to move on and now this. On a Monday morning when I should be making sales, I am running for my life. At the moment, I don’t know the state of my shop, whether it was vandalised or not.”

Meanwhile, THISDAY checks revealed that some schools in the Ago Palace Way area did not resume classes, despite a memo sent to parents last week that the midterm assessment for pupils would begin on Monday.

In the messages sent to parents to keep their kids and wards at home, the central focus was possible unrest following the fracas on the election day.

One of the messages made available to THISDAY read: “Dear valued parents, kindly be informed that school will remain closed on Monday February 25, due to the tension accruing from Saturday’s general election. The safety of our beloved pupils is of utmost important to us.

“We implore you to take the extra day to keep up with preparing your wards for the remaining subjects in the midterm tests as we resume on Tuesday February 26. Please stay safe as we continue to pray for peace in our community and in Nigeria at large.”

When contacted, however, the state Police Public Relations Officer, CSP Chike Oti, said there was no problem at Oshodi, adding that the police are on top of the situation.

While dispelling the allegation, Oti said nothing could be farther from the truth, adding that the police however still intensified patrol of the said areas.

He said: “Although the command received distress calls from concerned Nigerians whose apprehensions were understandably heightened by disturbing rumours emanating from some social media platforms, the command swiftly and massively deployed its personnel.

“The personnel drawn from various units to Oshodi and environs were deployed to assuage the feelings of residents and further assure Lagosians of its readiness to decisively deal with any person or group of persons who attempts to breach the public peace.

“The Commissioner of Police, Lagos State Police Command, commended Lagosians for conducting themselves in a peaceful and orderly manner during the last Saturday presidential and National Assembly elections.

“The police, with support from other sister security agencies, worked round the clock to ensure that the process was generally peaceful.

“In order to sustain the peaceful atmosphere, the command will maintain a high level of police presence in all parts of the state with emphasis on crime prone areas.

“Those celebrating should do that with modesty while those unhappy with the results have the privilege of adhering with laid down procedures of addressing their grievances as provided by the Electoral Act in the tribunal.

“The command has made adequate arrangements to secure the venues of the Election Tribunals in the state.

“We, however, warn criminally-minded people and disgruntled elements to steer clear of the state or be prepared to contend with security forces in the state.” 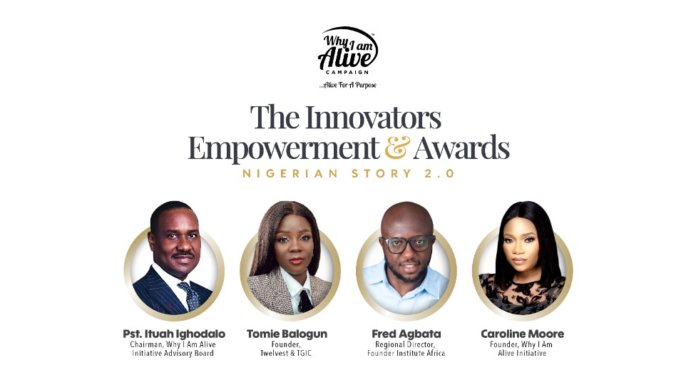