Through the lens of an award-winning French photographer, viewers are offered privileged glimpses into the lives nomadic pastoralists, Okechukwu Uwaezuoke reports

EXHIBITION
With 30 photographs, split into three broad segments, Gilles Coulon succinctly tells his story. This was in an exhibition, titled Transhumances: Mobilité à Risques (Transhumance: Mobility at Risk), which opened on Wednesday, February 20 by 6 pm at the Onomo Hotel along the waterfront Boulevard du Mono in the Togolese capital, Lomé.

According Coulon, the works featured in his exhibition, which ends on March 3, come in three sizes. These sizes, which gratify his curatorial whims, sharpen the focus of his visual story. There are big-sized, medium-sized and small-sized ones. The big-sized ones, he explains, summarise the important moments of his visual narrative, while the medium-sized ones are all about the heart of the story. As for the small-sized photographs, they depict only the nomadic herders crossing a river.

And the story? It is the familiar story of a seasonal movement of livestock between Burkina Faso and Togo. For this project sponsored by the organisation Acting For Life, Coulon first accompanied the pastoralists, during the dry season, from Fada N’gourma in Burkina Faso on their southward movement to Togo in February 2016 in search of more favourable pastures and new livestock markets. Subsequently, he would embark on their homeward journey with them northwards, during the rainy season, in June that same year.

Thanks to this French photographer’s lens, the viewer follows closely on the tracks of these herders. He admires their resilience even under the most inhospitable conditions. But then, he is also astonished by their solicitude for the welfare of their animals.

Talking about the animals, they seem to be familiar the minutest details of during their journeys. These include the contours of each slopes as well as the colours of the grass along their trajectory. Like a close-knit family unit, they follow on the heels of the herders.

A habitué of the pastoralists’ long and arduous seasonal movements, Coulon draws the viewer’s attention to the men walking behind and in the midst of the horned animals. Somehow, these men are rarely in front of their herd. With their shepherd’s staff balanced on their shoulders, they plod on towards uncertainty. Sometimes, the photographer seems to scour into the consciousness of these shabbily-dressed men, seeking fleeting traces of anguish and weariness asserted themselves on their lean faces. Then, there is also his obvious fascination for the frugal lifestyle of these stoic men, who only carry along with them their shepherd’s sticks, plastic bottles and a plastic sheet to protect them in rainy weather.

“I focused my work on the concept of mobility,” he says during an interview at the Onomo Hotel’s poolside lounge. This is what he calls “permanent movement” and seeks to show through his photographs. “These people have a mysterious notion of space and are all the time on the move. They hardly rest and the animals never sleep.”

He recounts the intense weeks he spent with the shepherds, moving from one location to another oblivious of the dangers lurking around the corner. Through sharing their every moment, he was able to gain access into the inner world of these men. He, thus, gained the trust of their “rouga” – a kind of local chieftain – and, subsequently, their trust. But, apparently, this trust does not extend to showing him alternative routes they take when avoiding the ruinous tolls they have to pay on each of their animals on their conventional itinerary.

Each of these pastoral groups so well-organised that have a person to take care of each of their needs. There is, for instance, someone assigned with responsibility of taking care of the provisions.

Though Coulon tells a story that follows a lineal sequence, the works are haphazardly displayed on the walls of the hotel’s expansive ground floor lounge, not arranged in any particular chronological order. This slapdash of still shots hints at the fact that he has been hindered by the peculiarity of the improvised exhibition space. Even his initial intention to display the small-sized photographs in a way that would evoke a mosaic was thwarted by the space constraint.

For obvious reasons, Coulon prefers coloured photographs to monochrome. First, there is his wish to delineate the variety of colours. Then, there is the fact that images shot in the dry season tend to assume a monochromatic hue with their subdued colours. Meanwhile, the colours of those shot in the rainy season tend to be more intense.
Talking about colours, the 1997 first prize-winner of the “Daily Life” category of the World Press Photo has always had a fascination for contrasts. In the course of his three decades of professional practice, he has hop-scotched from documentary photography to commissioned photo-journalistic works for the press. This is with the artistic side of photography lurking somewhere in his consciousness. He, for instance, once worked on a project focussing on neon lights, which was titled White Night and another project based on darkness in African cities.

Spending three weeks with three different groups of nomadic pastoralists afforded him the opportunity to capture rare painterly moments for the visual appreciation of posterity. In one of the photographs, for instance, he captures a group of the herders in moonlit night scene.

The photographer’s play with space aids the viewer’s contemplation of the progression of men and beasts through barren, dusty landscapes, above which hovers cloudless skies and doleful horizons. Apparently, his first work on herders’ seasonal movement between Mali and Mauritania in 1996 amply prepared him for this more recent work. To realise this, he needed to insert himself into different clusters of pastoralists. Thus, he was able to document several still moments for posterity.

Indeed, this exhibition lives up to aficionados’ expectations of an insightful take on the recurrent seasonal movements of the pastoralists, known as transhumance. It opens the eyes of many to the fact that these horizontal migrations are fraught with risks, bordering on climatic conditions as well as on economic and political changes.
It follows as the logical climax of a three-day journalistic workshop, which focused on transhumance in both the coastal and the Sahelian countries of West Africa. Fifteen journalists from Senegal, Mali, Burkina-Faso, Niger, Chad, Nigeria, Benin, Togo, Ghana and the Ivory Coast attended the three-day workshop, held at the Institut Français in Lome, Togo. 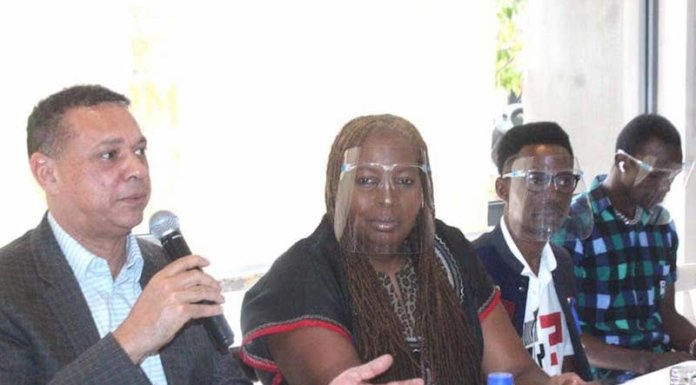