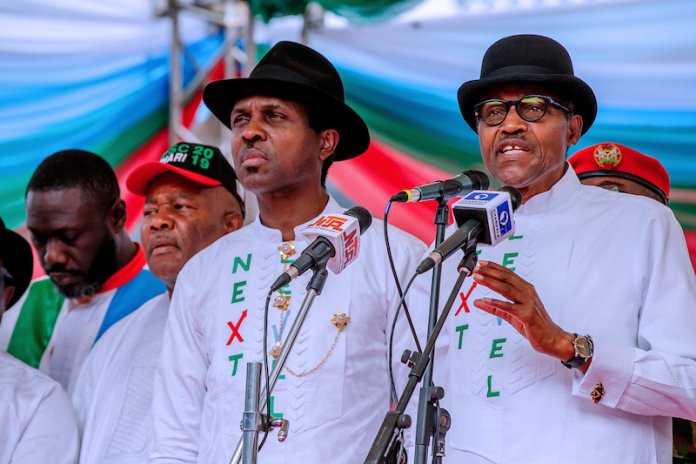 The Senator representing Rivers South-East Senatorial District in the National Assembly, Magnus Ngei Abe has said he and others would approach the Supreme Court for  proper interpretation of the merits of a  suit which he brought  before the Court of Appeal  seeking a declaration that he and 42 others be affirmed as authentic  candidates  of the  party  but  was struck out by the Appeal Court sitting  in Port Harcourt.

This is as he urged party members to mobilise and vote for President Muhammadu Buhari in this weekend’s presidential election.

Speaking with newsmen in Port Harcourt on Thursday he said there was need to ensure that justice and equity prevail for party members who participated in a lawful process but were wrongfully excluded from the polls.

Abe said that everyone knew that the indirect primaries were conducted in violation of existing Court Orders and would not stand; the state chapter of the party reminded the national of this fact in their request for direct primaries. “The direct primary was the only lawful exercise conducted by the APC in Rivers State,” he stated

Senator Abe had approached the Court of Appeal to review the Federal High Court Judgment delivered in January this year which refused to accept the direct primary elections conducted by the State Executive Council (SEC) citing National Working Committee’s (NWC) non participation in the exercise.

He said, “We had approached the Court of Appeal to help us breakdown the logjam arising out of the current situation in the APC here in Rivers State.

“Surprisingly, they refused to go into the merits of the case holding that the case is covered by the decision of the Supreme Court in respect of the earlier case against the conduct of the indirect primaries.

The senator reiterate the need for Rivers people especially and Nigerians to conduct themselves in a peaceful manner during and after the 2019 general election even as he backed President Muhammadu Buhari’s directive to the military to deal decisively with any miscreants attempting to disrupt the elections.

He further said that the Rivers experience with violence in an election makes it easy for Rivers people to understand the need for the presidential directive which was clearly nonpartisan and intended to guarantee a peaceful, free and fair elections for all Nigerians.