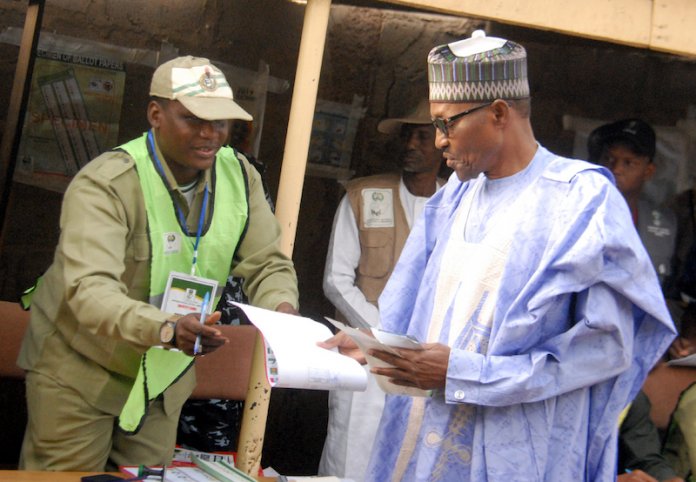 President Muhmadu Buhari of the All Progressives Congress (APC) has scored the highest number of votes cast at his Polling Unit 003, Sarkin Yara A with a combined number of 523 votes, while his main opponent Alhaji Abubakar Atiku of the Peoples Democratic Party (PDP) recorded three votes.

The Polling Unit which is split into two; A and B, had Buhari scoring 302 votes in the A section of the Polling Unit where he voted. Mr. Atiku had three votes. While four votes was recorded for Accord Party, though it had adopted Buhari as its presidential candidate.

In the B segment of the Polling Unit, Buhari went ahead with 222 votes ehile Abubakar scored 0.
The result at Polling Unit 003 A was announced by the Presiding Officer, Mr. Ali Abdullahi, a serving member of the National Youth Service Corps, while Mr. Yusuf Armah presided over segment B of the Polling Unit.