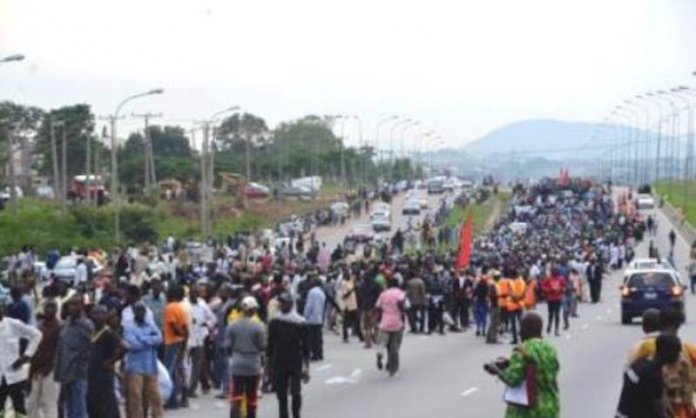 Mlitary and security operatives on Saturday morning, took over the Abuja-Keffi highway, to enforce the restriction of movement during the presidential and National Assembly elections.

The News Agency of Nigeria (NAN) reports that the operatives, who mounted checkpoints at different spots in Mararaba, a suburb of Abuja, subjected road users to thorough search.

For almost an hour, soldiers at the Kugbo military checkpoint blocked the lane leading to the nation’s capital, causing a heavy traffic buildup.

Affected were eligible voters and those on essential duties, including security personnel, election workers and journalists, heading to Abuja.

The soldiers, who paid ears to pleas and explanations, said they were enforcing the restriction on movement.

When reminded that those on essential duties were exempted, they said they were following orders.

They later opened the road following intervention by some individuals believed to be senior security officers.(NAN)