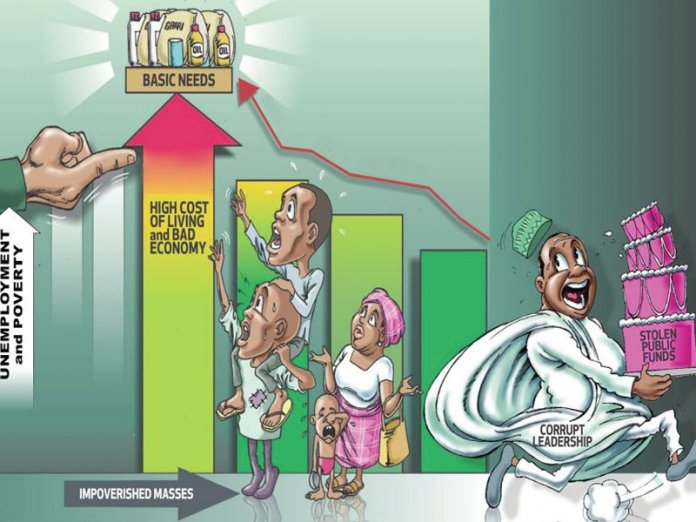 On the sidelines of the 32nd African Union summit held in Addis Ababa, Ethiopia recently, various Heads of government across Africa expressed support for a newly launched health platform tagged African Business Coalition for Health (ABC Health); which is a joint initiative of the Aliko Dangote Foundation; GBCHealth, and the United Nations Economic Commission for Africa (UNECA). Ugo Aliogo writes on the potential positive impact of such a platform on Africa’s growth and development process

Health is wealth, as is often stated. But when the well-worn cliché is adapted to real life instances where the wealthy actively invest a portion of their resources to boost healthcare delivery for the common good, then the ripple effect on any economy can only be positive. When this formula is applied on a continental scale, as is being proposed in Africa, then one can safely say, the good times are here.

The Aliko Dangote Foundation was established to tackle four main cardinal issues of concern to Nigeria and indeed the African continent. They are Health and Nutrition, Education, Empowerment and Humanitarian intervention. The involvement in the ABC Health initiative falls squarely on the Health and nutritional intervention.
GBCHealth in the partnership is a coalition of companies and organisations committed to investing their resources to make a healthier world for their employees, for the communities in which they work and for the world at large.
UNECA on the other hand was established in 1958 by the United Nations Economic and Social Council to encourage economic cooperation among its African member states following a recommendation of the United Nations General Assembly.

The joint initiative, which was unveiled by the above-mentioned organisations at a well-attended launching ceremony on the sidelines of the 32nd African Union summit held recently in Addis Ababa, Ethiopia, has equally received the support of various African Heads of government, who have lauded the innovate platform. The ABC Health platform was initiated by the Aliko Dangote Foundation and Global Business Coalition on Health, which are private-sector organisations.

It was launched with commitments by all partners and stakeholders to put efforts together to improve basic health care services in the continent during the inaugural Africa Business: Health Forum 2019, which witnessed the launch of the official logo of the ABC Health. The platform has the objective of driving business leadership, strengthening partnerships, and facilitating investments to change the face of healthcare in Africa.

Coming on the margins of the 32nd summit of the African Union, Heads of Governments and Business Community leaders across Africa, the forum examined opportunities to accelerate economic development and growth of the continent through a healthcare reform agenda that focuses on the wellbeing of employees for a more active and productive workforce.
The forum, THISDAY gathered, was expected to unify Africa’s key decision makers in exploring opportunities for catalysing growth in the continent’s economy, through business partnerships to invest in the health sector.

Tackling Challenges
In his opening remarks at the launch of the ABC Health platform, the Chairman of Aliko Dangote Foundation, Aliko Dangote, represented by the Foundation’s Executive Director, Halima Aliko-Dangote, said the Africa Business Health Forum would identify issues and solutions to Africa’s health challenges with a view to mobilising the will to confront it headlong.

He reiterated that there is a vital relationship between health and economic growth and development in Africa as healthy populations live longer, are more productive, and save more; and added that access to essential health services is an important aspect of development.

Dangote stated that “Governments from both developed and developing countries are increasingly looking at public-private partnerships (PPPs) as a way to expand access to higher-quality health services by leveraging capital, managerial capacity, and know-how from the private sector.” According to him, “Africa’s healthcare systems demand significant investments to meet the needs of their growing populations, changing patterns of diseases and the internationally-agreed development goals.

He said as a businessman, and through Aliko Dangote foundation, he is committed to working with governments and key stakeholders for the development of impactful health initiatives in Africa in the belief that private sector leaders have a strong role to play.
Dangote also said, in keeping with his passion to see healthier African people and a better continent, he has proposed and charged business leaders to commit at least one per cent of their profit after tax to support the health sector.

SDG Target
In his own remark, the Co-Chair of the GBCHealth, Aigboje Aig-Imoukhuede, said while Africa has made significant progress in the funding of healthcare, “we are still very far from where we need to be to achieve SDG Goal 3,”
He lamented that the healthcare in Africa is constrained by scarce public funding and limited donor support, and that the out of pocket expenditure accounts for 36% of Africa’s total healthcare spend, pointing out that given the income levels in Africa, it is no surprise that healthcare spend in Africa is grossly inadequate to meet Africa’s needs leading to a financing gap of N66bn per annum.

Mr. Imoukhuede said it was clear that African governments alone cannot solve this challenge, which is further exacerbated by the continent’s growing population and Africa’s changing disease portfolio. “Therefore, there is no alternative but to turn to the private sector to complement government funding”, he added.

Said he “Our continent accounts for less than 2% of global health even though our very fertile people account for 16% of global population and carry 26% of the global disease burden. By 2050 Africans will account for more than 50% of global population growth much of that coming from my country Nigeria, a great opportunity and at the same time a ticking time bomb should we fail our health systems quickly.

“That is why we have gathered here in Addis Ababa today to see how together we can fix health in Africa. The private sector and the public sector working together as partners have the potential to change Africa’s healthcare from doom and gloom to progress and results. Africa’s private sector has great capacity to be relevant partners.
“The private sector must be encouraged to optimise and step up its involvement and contribution to health funding in Africa. We have seen what global private sector players accomplished in the fight against the AIDS epidemic through powerful coalitions such as GBCHealth. This is an indication of the power of consolidated effort which Africa’s growing private sector can bring to solving our health challenges.”

“African leaders now have a stronger sense of urgency to combat the lack of quality health care that Africans endure. The inequality of healthcare available to Africans compared to people in other parts of the globe is vast and unacceptably pervasive. With the cooperation of both the public and private sectors, there is a huge potential to boost health outcomes with significant financial gains,” said Aig-Imoukhuede

UNECA Input
The Executive Secretary of the United Nation Economic Commission for Africa (UNECA), Vera Songwe expressed regret that Africa with over 50 countries is struggling to combat her healthcare challenges but that organisations such as being launched offer a veritable perspective from the private sector to the solutions to Africa’s health care problems.

She said about $17.3bn worth of drugs are imported into the African continent and that if Africa can manufacture those drugs, then that would be 17.3 billion worth of jobs created.

However, to attract the participation of African private sector, Songwe noted that there is the need to create an enabling environment for this to happen. “To the private sector, our leaders are expecting you to invest in healthcare because you will get higher returns than you can get anywhere else,” she added.
According to her, a healthier Africa would be a happy Africa and a happy Africa will be a productive Africa.

Executive Approval
One after the other, three African heads of governments, including President of Republic of Djibouti, Omar Gilles; the Ethiopian Prime Minister, Abiy Ahmed; and the Botswana President, Mokgweetsi Masisi, explained at the forum what their administrations have been doing to improve health care delivery services in their respective countries.
The heads of government also identified lack of adequate funding as part of the problems militating against achieving their administrations’ plan to provide sound health care services just as other African countries.
They all endorsed the establishment of the Africa Business Coalition for Health and concluded that it would provide opportunities to accelerate economic development and growth of the continent through a healthcare reform agenda that focuses on the wellbeing of employees for a more active and productive workforce.

Positive Step
For some time now, the thinking among progressive and patriotic minds is that Africa’s problems and challenges can best be tackled and resolved by Africans themselves, and that no challenge facing the continent is insurmountable.
The emergence of the ABC Health platform is a positive step in the right direction for Africa’s development, and when the resources and proven efficiency of the private sector organisations are combined with government incentives and official policies for a conducive environment for better access to health care, the continent may at long last take those vital steps towards internal growth and development. To the various stakeholders scattered across the continent, this initiative could not have come soon enough. Kudos to Aliko Dangote Foundation, GBCHealth and also to UNECA.