Following repeated denials that it was planning on postponing the 2019 elections, the Independent National Electoral Commission (INEC) did a volte face early Saturday morning, on the day of the presidential and national assembly elections, to postpone the elections.

In a press briefing early hours of Saturday February 16, the INEC chairman, Prof. Mahmood Yakubu, said it was no longer feasible to “Conduct free, fair and credible elections,” after a careful review of the implementation of the logistics of its (INEC’s) operational plan.

As would be expected, this decision generated widespread uproar, condemnation and another round of speculation that INEC was working in cohort with the ruling All Progressives Congress (APC) to rig the election in favour of President Muhammadu Buhari. The voters, main opposition Peoples Democratic Party (PDP) and theatre other political parties all complained and alleged the APC was out to rig.

From condemnation came calls for Mr Yakubu’s resignation or sack by several Nigerians, including one by the national chairman of the PDP, Uche Secondus, in a statement by his media aide Ike Abonyi, shortly after the elections were postponed by INEC.

In the statement, Mr Secondus alleged that the postponement was APCs joker to disrupt the 2019 elections, since its other grand designs, “Including but not limited to burning down INEC offices in some states and destroying of electoral materials to create artificial problems upon which to stand for their dubious act”, were unsuccessful.

The condemnation that followed was understandable, owing to the fact that many of those that were to vote and whose polling units were in different states had taken time off work to enable them travel; some even had to travel down to Nigeria to take part in the exercise.

Because of this postponement and the financial implications for those affected by it, there are fears that this would cause voter apathy and discourage people from voting on the rescheduled dates.

Sympathetic as this can be, different reports on why INEC took the decision, paints a picture of a commission that may have been caught in a web, with the postponement being its only way out.

About two weeks prior to the elections on Saturday, the commission had been a victim of several fire sabotage in the states of Abia, Plateau and Anambra that destroyed materials meant for the elections.

While the burnt PVCs in Abia were reprinted “In time to ensure that the affected voters are not disenfranchised”, ballot boxes, voters register, voters cubicles and electricity generating sets burnt in the Plateau fire have been “since replaced”, but the Smart Card Readers destroyed in the Anambra fire “take at least six months to procure”.

Also, the day of the presidential and national assembly election, there were news report of the burning of buses conveying election materials and personnel in Akwa Ibom state that killed two people. The report said some of the drivers were also wounded with machetes.

Nigerians are now finding out after the postponement that there were also internal sabotage that may have been orchestrated by some of INECs high ranking management staff, including commissioners, some of whom it is being alleged are working for the ruling APC and were bribed by the presidency to ensure Buhari’s re-election.

For example, the Katsina Resident Electoral Commissioner, Ibrahim Zarewa, admitted there was a mix up in the materials sent to the state, alleging that materials of Kano and FCT were sent to Katsina.

Feelers have it that the Mr Yakubu was under pressure by the APC and presidency to ‘play ball’ and since he refused was why commissioners and security agencies said to be sympathetic to the APC cause worked against him to create a semblance of incompetence on his part so as to push for his replacement with a more compliant chairman.

Lawyer, poet and lead attorney of the #EndSARS campaign, Abdul Mahmud in a Twitter thread, asked why the armed forces and air force were not in charge of distribution of election materials for the 2019 elections, as happened in five “decisive elections” held in 1979, 1983, 1993, 1999 and 2015.

According to Mr Mahmud, the armed forces and air force were neutral in the five elections. “Why is 2019 different?” he asked.

Also criticising customs role in the sabotage, Mr Mahmud said, “One day the truth will be told of how the Customs seized INEC materials, threw up all sorts of quandary that undermined INEC planning and logistics chain, and left it with no good turnaround time”.

Critics of the government allege that President Buhari and the APC, since realising they were likely going to lose the presidential election had devised means to rigging it. From the scenario that has played out so far, the allegations appear to have some merit to them.
However, these allegations do not seem to hold water given the vitality of condemnation of the election postponement which came from President Buhari. He said, “I am deeply disappointed that despite the long notice given and our preparations both locally and internationally, the Independent National Electoral Commission (INEC) postponed the Presidential and National Assembly elections within hours of its commencement. Many Nigerians have traveled to various locations to exercise their right to vote, and international observers are gathered. INEC themselves have given assurances, day after day and almost hour after hour that they are in complete readiness for the elections. We and all our citizens believed them.”

Even more instructive was the part of the President’s statement assuring the electoral umpire’s independence. According to him, “This administration has ensured that we do not interfere in any way with the work of INEC except to ensure that all funds were released to the commission. While I reaffirm my strong commitment to the independence, neutrality of the electoral umpire and the sanctity of the electoral process and ballot, I urge all political stakeholders and Nigerians to continue to rally round INEC at this trying national moment in our democratic journey.”

Buhari also addressed the concern of stakeholders, of which he is one as the incumbent president, seeking reelection. Not a few have expressed fears that the Saturday elections may have been compromised because materials earlier distributed may have been received by unauthorised persons. This has set the stage for rejection of the election results by the losers. The way things are the PDP has prepared the mind of many Nigerians to think that only its candidates, particularly, presidential candidate must win, failing then it must that he was he rigged out by the APC. It was reassuring to hear the President , “urge INEC to ensure not only that materials already distributed are safe and do not get into wrong hands, but that everything is done to avoid the lapses that resulted in this unfortunate postponement, and ensure a free and fair election on the rescheduled dates.”
While the APC and PDP have been trading accusation and counter accussation, alleging sinister motives to upstage the electoral process in their favour, many Nigerians are determined to follow the process to its logical end and ensure that their vote count.
Hopefully, with the one week rescheduling, INEC can get its act together and go on to deliver free, fair, credible and peaceful elections as promised on countless occasions. 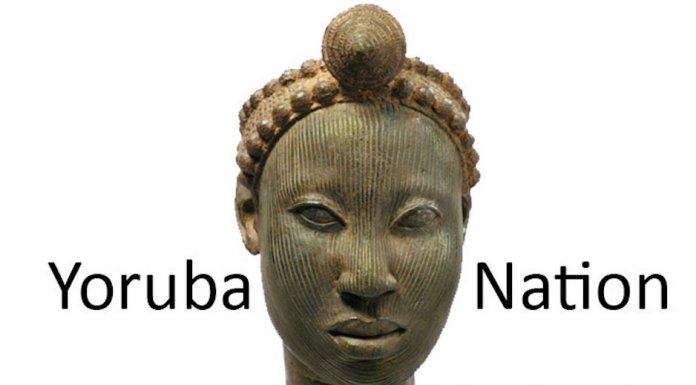