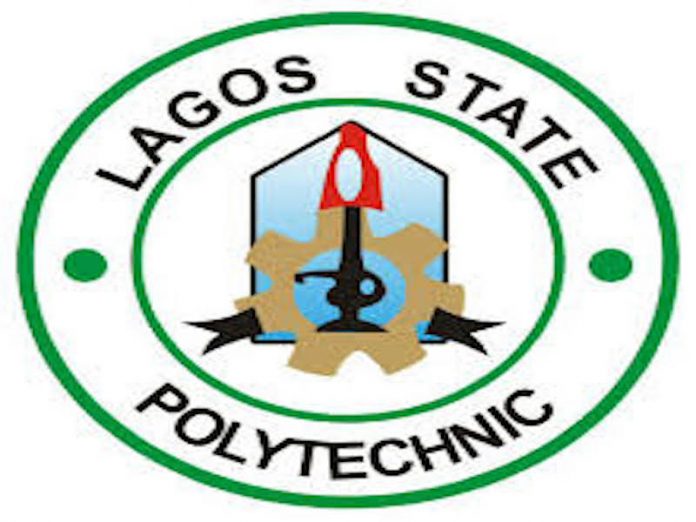 The agitation for the implementation of Consolidated Tertiary Institution Salary Structure (CONTISS 15) migration by the three staff unions in Lagos State Polytechnic (LASPOTECH) is an issue that has thrown the institution’s community into unrest since 2016.
The CONTISS 15 migration is the movement of staff from one salary grade level to the next level provided the staff meets the necessary conditions stipulated by the National Board for Technical Education (NBTE).

The conditions are that such staff must have been employed before August 1, 2009. Secondly, the staff must possess the basic academic/professional or both qualifications applicable to his/her competence in addition to compliance to institutional policy and thirdly, such staff must have spent a minimum of two years on the current position before the year of migration.

The lawlessness of the three staff unions and threats to the lives of members of the governing council along with the principal officers of the polytechnic got to a peak that during a session of the governing council’s meeting; the members were rounded up and locked up at the boardroom with threats to set ablaze the entire building with the members inside. Charms were freely displayed and urine poured on the heads of elderly council members sent to appeal to them. Power supply was cut off and all members’ cars vandalised.
Following these threats, the Office of the Special Adviser to the Governor on Education in order to save lives and property, directed the governing council to implement the CONTISS 15 migration scheme in order to pacify the rampaging union members that held the council members hostage for several hours. This implementation was on the terms presented by the three staff unions which were later found to be defective.

The faulty implementation of the CONTISS 15 started immediately in October 2016, notwithstanding, the three staff unions continued to agitate for the payment of the 87 months arrears calculated to N1.7 billion which was a financial burden to accommodate.
Management at this instance sent two members of staff to NBTE in Kaduna to seek clarification on the policy implementation of CONTISS 15 migration, specifically, a member of the unions and another, a deputy registrar in the personnel department on behalf of management.

Based on the conflicting positions of the representatives, the Office of the Special Adviser to the Governor on Education wrote directly to NBTE seeking clarification on the implementation of the said NBTE guidelines.
The NBTE in response sent the policy guidelines directly to the office of the SAE which then sent the policy papers to the governing council and other relevant agencies of government for consideration and recommendation.

This position was part of the collective resolutions of the governing council, management and the unions that was forwarded later to the state government for consideration and necessary approval in 2017.

The unions at several intervals embarked on strike actions that disturbed the peace of the institution. This forced the state government to institute a court action against the unions’ consistent strikes.
The State House of Assembly intervened at the unions’ instance but they were impatient to wait for the resolution before embarking on their usual trade mark; strike action.
They also waved off, in acts of arrogance and disrespect to constituted authority, the intervention of the high power executive council led by the deputy governor in the company of the secretary to the state government and the special adviser to the governor on education.

Having disregarded the interventions of the deputy governor’s team and that of the State House of Assembly, the Lagos State Executive Council proceeded to deliberate on the governing council’s presentation on the NBTE documents and released its decision which was communicated to the polytechnic management for implementation effective July 1, 2018, but just commenced by the polytechnic due to administrative inconveniences and court directive.

The management hereby states unequivocally that no staff of the polytechnic was being demoted as claimed by the unions.
The state government in an act of magnanimity overlooked all previous payments made in error since October 2016 to staff involved in the migration scheme due to the defective position of the unions before the approved implementation date of the state executive council.
Steps taken by the polytechnic management

There had been immediate promotion of staff that were due for the 2016/2017 appraisal year; immediate commencement of 2017/2018 appraisal; immediate implementation of annual increments from 2016 till date; as well as payment of three months arrears of promotion to eligible staff.

Kuye is the Deputy Registrar, Information and Public Relations, LASPOTECH