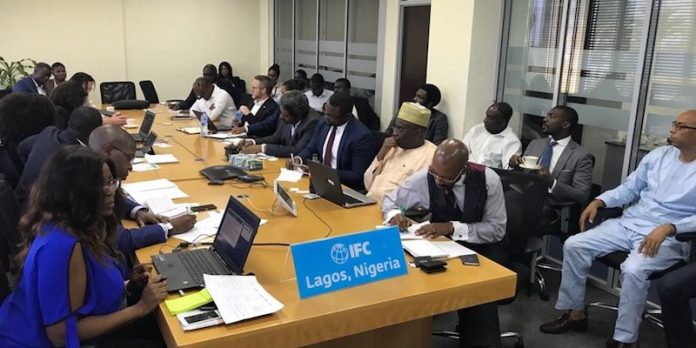 A status report on the progress of the Nigerian Gas Flare Commercialisation Programme (NGFCP), a new programme initiated by the federal government to commercialise flared gas in oil fields in the Niger Delta, has indicated that so far over 700 interested parties have registered on the NGFCP portal to bid and jostle for approximately 178 gas flare sites spread across the region.

According to a recent statement obtained from the secretariat of the NGFCP in Abuja, the programme has continued to gain immense traction.
It also stated that the date set for submission of statement of qualification has been shifted to accommodate more bids.

The statement also indicated that the government has approved the appointment of Mr. Rabiu Suleiman, who is a Senior Technical Adviser, Refineries, Gas, Power and Downstream Infrastructure to the Minister of State for Petroleum Resources, Dr. Ibe Kachikwu, as the new chair of the ministerial steering committee for NGFCP, following the departure of its former chair and one-time Special Technical Adviser, Upstream and Gas to Kachikwu, Mr. ‘Gbite Adeniji.

“As at today, over 700 plus interested parties have registered on the NGFCP portal to bid and jostle for the approximately 178 gas flare sites spread across Nigeria’s Niger Delta region.

“After the close of the submission of the SOQs’ (Statement of Qualification), there will be an opening ceremony for the SOQs’ after which the Proposals Evaluation Committee (PEC) duly constituted by the minister of state, petroleum resources for the purpose of evaluating the SOQs presented by the applicants to determine qualified applicant status and evaluating the proposals to determine those applicants whether they have been awarded the Qualified Applicant (QA) status,” said the statement.

It explained that the new date for submission of SOQ was still February 28, 2019, having moved it from the initial submission date of January 20, 2019. It added that the date would likely not be extended any further.

According to the statement, a recent meeting of the NGFCP steering committee was held at the instance of Kachikwu, where he stated that while ultimate ownership of the NGFCP rests with the Department of Petroleum Resources (DPR), the programme was still in its design phase and as such still resides with the ministry until the conclusion of the first auction round.
Kachikwu, at that meeting also reportedly announced Suleiman, as the chair of the committee, with Mr. Justice Derefaka, still remaining as the Program Manager of the NGFCP.