The Peoples Democratic Party (PDP) has claimed that fresh facts have confirmed that elements of the federal government and the All Progressive Congress (APC) have been sabotaging the Independent National Electoral Commission (INEC) in a well-orchestrated plot to engineer a staggered presidential election, contrary to what the Presidency and the party’s National Chairman, Adams Oshiomhole, said.

The National Publicity Secretary of the party, Mr. Kola Ologbondiyan, in a statement Sunday said that the reason for this was that President Muhammadu Buhari was determined to have a staggered election where he could use security agencies to subvert the will of the people at the polls.

According to the PDP, these APC elements in INEC engineered actions that affected the distribution and delivery of INEC’s sensitive materials to designated locations, thereby frustrating the electoral process.

The party stated: “We also have details of how a hired team of data hackers corrupted the voters register, with a view to cause mass confusion and voters suppression on the election day.

“Nigerians would have been shocked that many registered voters in possession of their Permanent Voter’s Cards (PVCs) would have arrived their polling centres on election day, only to discover to their amazement that their names have disappeared from the register in their units.

“Intelligence available to us further details how agents of the Buhari Presidency infiltrated the distribution system and ensured that sensitive election materials do not arrive at the designated locations, with a view to stall elections in several states and pave way for a staggered election.

The main opposition party urged Nigerians to continue to be alert in resisting the APC and the Presidency in their alleged plot to sabotage elections.

The party said Nigerians would recall that it had vehemently protested the continued retention of Buhari’s relation, Mrs. Amina Zakari, in INEC.

“We have been reliably informed that the same Amina Zakari and another high-ranking INEC commissioner played a pivotal role in assisting the APC and Buhari Presidency in sabotaging the operations of INEC and scuttling the February 16 elections,” it stressed.

Meanwhile, despite the late hour postponement of the general elections by INEC, the South-south Coordinator, and Special Adviser on Youth and Support Groups to Atiku Abubakar, Rev. Chukwudi Omordi Eke, has called on the government to ensure peaceful and credible elections.

Eke, who made the call while speaking with journalists in Abuja on Sunday, noted that electing a new Nigerian president as well as members of the National and state assemblies must not be a do or die affair.
He stressed that the election observers who serve as watchdogs for the election would discourage in no small measure attempt to rig the elections, while urging the observers to be dispassionate and non-partisan in the discharge of their duties.`

He stated, “The world is watching, let us prove to other African nations that our democracy has come to stay; and will get better with each successive national election.

“The federal government must, therefore, emulate the example set by former President Goodluck Jonathan, who organised the freest and fairest elections in the history of the Nigerian democracy; and do the same for the good of the present and future Nigerians,” PDP said. 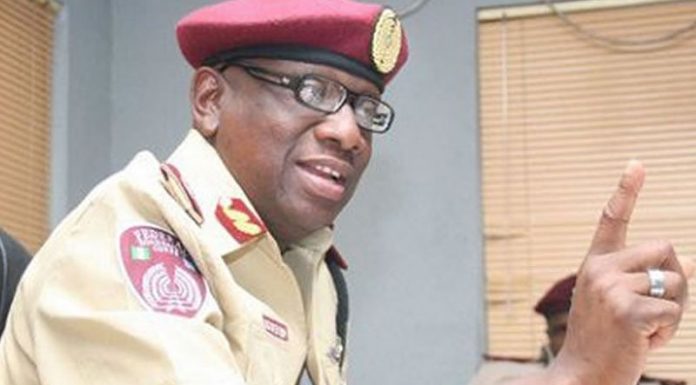