The Kogi State chapter of the Peoples Democratic Party (PDP) has implored acting Inspector-General of Police, Adamu Mohammed, to take advantage of last Saturday’s postponement of the general election to look into police partisanship that could have  marred the electoral process in the state if the polls had held.

Making the call against the background of the Friday siege on Lokoja, Kogi State  residence of a former governor Ibrahim Idris by hooded policemen during a meeting of PDP leaders  ahead of election day, the State Publicity Secretary of the party, Mr. Bode Ogunmola, noted that the assailants were considered as political thugs.
He asked the Inspector-General of Police and the Kogi State Command of the  Police to take steps to prevent police partisanship in the elections.
Noting that the general insinuation was that such brazen daylight assault by unknown gunmen could not have been contemplated without tacit backing from Government House, Lokoja, Ogunmola called for immediate inquest by the security services, to preempt disorder and violence, before, during and after the elections.

“Information in the public domain, confirms that the masked hoodlums, merely took a walk into Government House, Lokoja, through the rear access, unchallenged,” he alleged, adding that “It took a phone call from a retired military officer who was a former senator representing Kogi West in the Senate, to put a call through to the Commander, Command Army Records, Lokoja, whose men arrived the besieged home of former governor Idris in response to Ogbeha’s call and dismantled the thugs.”
While stating that “The acting Inspector-General of Police, Adamu Mohammed, and the Director-General, Department of State Services, Yusuf Magaji Bichi, have thus far demonstrated commitment to professionalism,” he charged that their professionalism must be brought to bear in the security situation in Kogi State.

Raising further concern for the safety of the people ahead of the postponed elections, he also noted that residents of Okene in Kogi Central senatorial zone where Kogi State Governor, Mr. Yahaya Bello, comes from, had their night rest rudely interrupted by sustained and sporadic gunshots upon the arrival of the governor the night before the rescheduled elections.
“The shooting lasted through the night. The gunshots were reportedly fired by thugs dressed in police uniforms, procured from out of state and was intended to scare residents of the five local government areas in Kogi Central: Adavi; Ajaokuta; Okene, Okehi and Ogori-Magongo, from participating in the earlier scheduled Saturday, February 16 polls,” he noted.

Emphasising that Kogi Central has been a major flashpoint in recent weeks and months, Ogunmola recalled that on new year’s eve, attacks on supporters of the senatorial candidate of the Social Democratic Party (SDP), Natasha Akpoti, by suspected thugs of the APC in Kogi Central, led to the death of a youthful SDP supporter, Ojo Enessi.
Kogi State has been a flashpoint of recurring security developments capable of undermining the forthcoming polls in recent weeks.
Just last week, THISDAY broke the news of the procurement of three motorised, heavy duty communication jamming equipment by the Kogi State government, which the state government denied was not for the sole purpose of distorting realtime communication on election day, as opposition suspect it was procured to compromise the figures from the election.

Spokesman to Governor Bello, Kingsley Fanwo, confirmed the procurement of the classified equipment, even as he argued they were ‘specifically for use for the security of the governor.’ 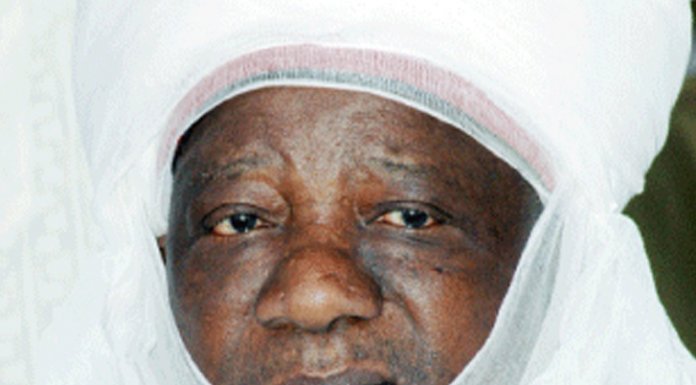