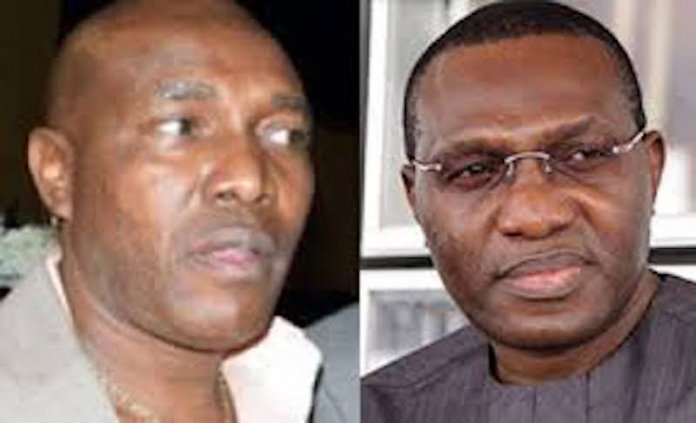 Next month’s race for Anambra South senatorial seat promises to be interesting as the seat might have been unofficially conceded to anyone with Uba(h) as his last name, writes David-Chyddy Eleke

But the All Progressives Grand Alliance (APGA) may likely not feature in the election as its candidate, Nicholas Ukachukwu, has been stopped by the court for not being properly nominated by his party. This, therefore, leaves the race to the Uba(h).
All three have been or are still major players in the politics of Anambra State, and aside attempting to call the shots themselves as governors, had also played the role of the godfathers, making them kingmakers in the state. But this time, they have resolved to play zonal politics, in the hope of representing their people in the senate.

Andy Uba: A Struggle to Stay Relevant
The quiet, humble and soft-talking Andy came to limelight during the era of Chief Olusegun Obasanjo as the president of Nigeria. He was known to be a very powerful aide then, and reputed to be the closest to the president. During the period, Andy sought to play a role in who became the governor of Anambra State, and his words then were laws. From his Uga, Aguata home, it was said that he had a hand in all that attained elective positions then, from the governor to national and state assembly members.

Andy is a two-time senator and gunning for the third. His foray into the senate was like reaching for the available, as the governorship position he first sought remained elusive. In 2007, Uba had made it to the governorship office, after he won the Anambra 2007 governorship election with a margin that was wider than could be imagined. He was said to have even scored more votes than the actual number of voters registered in the state.

He was sworn in, but his reign lasted only 17 days, after Peter Obi, who was earlier sworn in as governor in 2016 after ousting Governor Chris Ngige went to court again to force him out as the court interpreted the tenure of Obi and agreed that he had to stay for the statutory four years. Uba then retired home, only to return in 2010 on the claims of being a governor-in-waiting, insisting there was no need for election. Again, he failed as the 2010 governorship election held and reproduced Obi as governor for a second term.

As the 2019 general election draws near, Uba will have to show his mastery of politics by keeping his seat, more so as one of the contenders of the seat is his younger brother, Chris Uba, both of whom have previously laid claims to superiority in politics.
But as the election approaches, not much have been seen of Andy in the field, but a source who claimed to be close to him said, “The senator plans to take the zone by storm. Politics is not going about making noise, Andy is planning, the rest can be wasting their money now, but I can assure you that when Andy appears, he will take the zone by surprise. Of course, you know him; he is popular and equally rich. He has done a lot for the people of this zone, and I am sure he will return to the senate.”
Of course, Andy Uba has to return to senate if he must remain politically relevant in 2022, when another governorship is due and which has remained his ultimate goal.

Chris Uba: A Kingmaker Wanting to be King
Chris is popularly called Ochiagha (war general). He is about the oldest and most influential PDP member in the party today in Anambra. He still stands as a member of the PDP board of trustees and has hitherto played the role of a kingmaker in Anambra politics. At some point in the politics of the state, when the PDP was still the dominant party, for anyone to be appointed or elected into any position, Ochiagha has to be in the know.
What makes this year’s election most interesting in Anambra South is the fact that Chris has thrown his hat into the ring for the contest himself. He seems to be wearied of making kings, and has now realised that he could be a king himself.

It may be his very first time of contesting an elective position, but Chris is no pushover in politics. Many known names in Anambra and beyond owe their ability to have won and served in one position or another to him. He has also been everywhere in the seven local government areas that make up the Anambra South zone, and has campaigned very vigorously for the position.
During a recent campaign in the zone, Chris was quoted as saying, “I have sent a lot of people to the senate, and I even sent my elder brother, Nnamdi (Andy), but I don’t understand what he is doing there. That is why I want to go there by myself. If you send me there for just one term, in the next election, you people will buy me gifts and beg me to go again.”
In another forum, he was said to have also claimed that in a family of three men: Ugochukwu Uba, Andy Uba and Chris Uba, it was surprising how the first two would be addressed as senator, and he would not be, and that it was for that reason he was ready to run for the seat.

Chris, who is known to be a grassroots politician, has surprisingly managed to win the major politicians in the zone to his camp. One of his supporters, Mr Calistus Ezennia told our correspondent that there was no doubt that Ochiagha would win the election.
“Now that Ukachukwu of APGA is out of the game, I don’t see anyone challenging Ochiagha in this election. He is the man to beat. Not even his brother, Andy is strong enough to challenge him, and Andy knows it. He is even the reason Andy has been winning elections, so now that he is in the race himself, you can imagine what will happen,” Eze said.
The junior Uba had also boasted that now that he was in the race, he would retire his elder brother, first by winning the senatorial contest between them. He has a lot of known politicians to whom he has done one favour or another, working for his senatorial ambition.

Ifeanyi Ubah: Banking on His Goodwill
Another powerful politician in the race for Anambra South senatorial election is Ifeanyi Ubah. He is an oil mogul, with a deep pocket and a good record traceable to the empowerment of youths and women of Anambra South and the state at large.
Ubah commands a cult-like following from youths and women of the zone, and what he has going for him is the kind of supporters he has. They are ready to swim and sink with him. His followers attach their individual successes to his own success, believing that Ubah being as generous as he is, once he makes it, they too will surely make it.

Though he is seen to be vying on a relatively obscure party, Young Peoples Party (YPP), where he took solace after he was denied the ticket of the party where he contested with the wife of the late leader of the party, Ambassador Bianca Ojukwu and Prince Nicholas Ukachukwu.

But because of his popularity, despite moving to YPP, Ubah still doesn’t lack support as all his supporters from APGA simply dumped the party when he left and joined him in his new party. It will not be a surprise if Ubah makes it to the senate on a relatively unknown party like YPP. His candidature recently received a boost, when 20 political parties in the state, which didn’t have candidates for the Senate election, adopted him as their candidate for the election, promising to ensure his victory.

Spokesperson of the parties, Isaac Onuka, who is also the chairman of Inter-Party Advisory Council (IPAC), said they decided to adopt Ubah as a consensus candidate after considering many factors such as capacity, competence and love for the people. He said Ubah was the most capable and competent candidate for the seat, because of his track records, as well as his youth and women empowerment initiatives.

Onuka said: “Ifeanyi Ubah has touched many lives in all facets and deserves to represent Anambra South at the Senate for purposeful representation. These parties adopted him and will work and canvass for votes for him door-to-door so that comes February 16, 2019, he will emerge victorious.
“The decision to adopt Ubah as a candidate by the political parties was taken in good faith for the interest of the people of Anambra State. The parties you see here are 20 in number: People Democratic Congress, People Progressive Party, Accord Party, Kowa Party, Mass Movement of Nigeria, Freedom and Justice Party among several others.” 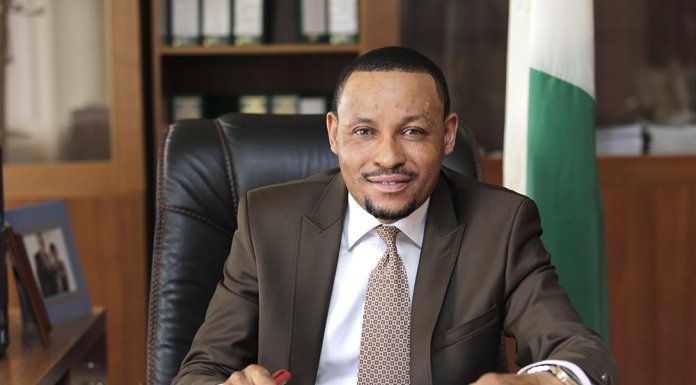