It is easier to solidarise in “struggle” than in victory.

In 2013, the PDP galloped from one crisis to another until it imploded and lost power at the centre in 2015. But the party’s eclipse happened after it had enjoyed 16 years in power.

Currently, the APC is embroiled in tremulous wrangling. And this is just after three and a half years of savouring victory.

A few days ago, I watched as Adams Oshiomhole, APC national chairman, gave Rochas Okorocha, Imo State governor, a dressing-down at the presidential rally in the state. I was shocked at the national chairman’s indiscretion with words. This is a governor whose support is crucial in the APC winning the presidential election in the state. How do you expect him to really work for the party after a public and televised ridicule by the chief of that party?

The triggers of the kerfuffle in Imo State are the same as those in Zamfara State, where the governor vowed to assault any of the party executives who come to mediate in the crisis.

Why is the party unravelling so soon?

The APC presidential rallies across the states have accented the deep and festering sores in the party.  I watched as Rotimi Amaechi and Abike Dabiri “squabbled” at the rally in Adamawa. And at the rally in Ogun, a despondent Bola Tinubu flung an APC flag like garbage. More discomfiting is the distraught party supporters throwing projectiles while the president raised the hand of Dapo Abiodun, the party’s gubernatorial candidate.

And where is the logic in President Buhari asking supporters to vote for him, and at the same telling them to vote for any governorship candidate of their choice – “across party lines” – as he did in Imo and Ogun State? This must be a novelty in political immolation. It is a recipe for disaster.

But is this upheaval capable of causing an upset in the electoral fortunes of the APC? I think so, if it is not managed well and soon enough. This is exactly where the PDP was in 2015.

When political parties do not run on ideologies, but on interest, there is bound to be head-on collisions. Obviously, the merger which resulted in the carnation of the APC was oxygenated by one interest – to grab power. But the brokers of the deal did not ask, “after we take over power what next? How do we manage it? How do we manage the pool of interests? And how do we deliver good governance to Nigerians.”

Success not prepared for could be a curse.

This here is the reason the APC is just ‘turnioniown’. 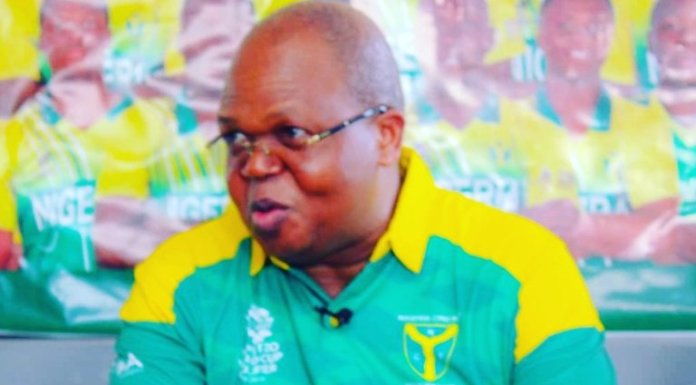