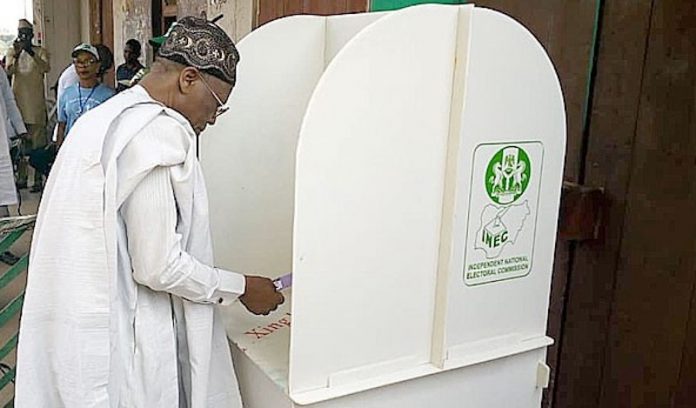 The Peoples Democratic Party (PDP) in Imo State has raised the alarm over what it called “plans by the Independent National Electoral Commission (INEC) to rig the elections in the state in favour of the All Progressives Congress (APC) and Action Alliance (AA)” through the creation of ghost polling units and voting points (VP).

Secretary of the PDP Campaign Council, Hon. Ray Emeana who briefed the press yesterday stated that the party had uncovered secret plot by INEC colluding with the APC and AA to keep hidden to the public some of the fictitious voting points in the areas occupied by the candidates of the two sister political parties to the detriment of the PDP and other political parties in the state.

According to him, the pertinent question is: why will such high numbers of extra voting points be created in very low density populated place while very high populated LGAs are left out?

Again, Emeana declared that the PDP had uncovered plots to declare the governorship election inconclusive as the arrangement of the APC and AA had brought military uniforms to be given to their thugs who would eventually foment trouble that would lead to the cancellation of the results.

“The PDP has uncovered plots to declare the governorship election inconclusive. To achieve this, they are training thugs for fake police/military men, plans have been concluded to deploy Imo Security Network across the state to intimidate voters and hijack electoral materials.

“There are plans also to frame up and arrest leaders of PDP across the states (Imo inclusive)”, he stated.