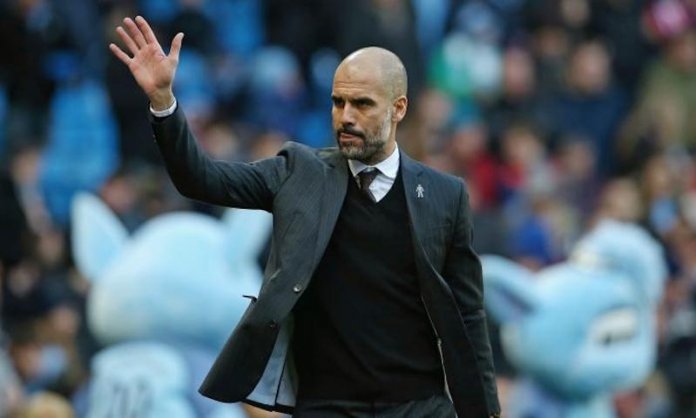 After dismantling Chelsea 6-0 in the Premier League, Manchester City’s ambition of becoming the first English side to win a quadruple comes to focus this weekend as the Citizens travel to Newport County for a fifth round FA Cup encounter in a game City are the overwhelming favourite. However, the standout fixture is the mouthwatering encounter on Monday night between Manchester City and Chelsea

Manchester City’s quest for an unprecedented quadruple will refocus on the FA Cup today when they take on League Two side Newport County in a fifth-round clash at Rodney Parade.

City have ruthlessly dispatched of lower-league opposition in both cup competitions already this season and will be huge favourites to do so again, although they travel to a ground becoming renowned as a scene for giant-killings.

There is no getting away from the fact that this is a daunting prospect for Newport County.

Only promoted back to the Football League five-and-a-half years ago, the Exiles currently sit 15th in the League Two table – 82 places below Man City in the English league ladder.

Relegation back to the Conference does not look likely, but nor does a challenge for promotion and Michael Flynn’s side look set to content themselves for another season in the fourth tier.

The fact that they have lost 12 times in that tier this season does not bode particularly well for the visit of a Man City side in blistering form, and the Newport staff and players will be in no doubt as to the scale of the challenge which faces them on Saturday.

However, there is always that glimmer of hope in the FA Cup, and Newport have begun to make something of a habit of upsetting the odds in this competition.

The League Two outfit beat Leeds United and took Tottenham Hotspur to a replay in last season’s FA Cup, while this time around they have already claimed the scalps of Premier League Leicester City – who themselves have beaten Man City this season – and Middlesbrough.

The triumph over Boro saw Newport reach the fifth round of this competition for the first time since 1949, and their reward was this money-spinning tie with the English champions, having begun this season’s FA Cup journey against Metropolitan Police in November.

It is not just the team that has developed a reputation for punching above their weight either; Rodney Parade as a stadium has been the scene of plenty of famous giant-killings in the past, most famously when Newport RFC toppled the mighty All Blacks in 1963 – a New Zealand team who enjoyed a level of dominance that even Man City could only dream of.

Admittedly, drawing inspiration from a rugby game 56 years ago may not be high on Flynn’s agenda ahead of this match, but the fact that two rugby teams still share the stadium with his side – not to mention the increasingly-frequent use of the ground by the Welsh women’s football team means that the playing surface could also act as a huge leveller.

The tightly-packed home crowd may also help to lessen the huge chasm which separates the two sides in almost every regard, and the hosts will take some belief from the fact that they have kept eight clean sheets in their last 12 outings on home turf.

Keeping Man City at bay is an entirely different prospect, though – perhaps even the most difficult in world football right now – and in reality Newport will know that anything other than a heavy defeat would constitute a success on Saturday.

Pep Guardiola may continue to publicly denounce his side’s chances of going all the way on four different fronts this season, but as things stand their quadruple hopes are looking very strong.

Top of the Premier League table, in the EFL Cup final and big favourites to progress in both the FA Cup and Champions League, rarely has an English team been in such a promising position to scoop all four trophies.

Of course, there is a long way to go in the Champions League and the Premier League title race remains out of their hands at the moment, but despite uncharacteristic slip-ups against the likes of Crystal Palace, Leicester City and Newcastle United this season, it is clear that this City side is capable of beating any team.

The worrying thing for Newport is that they do not show any mercy whether they are playing in the Champions League or against a team from the lower English leagues, as the likes of Rotherham United and Burton Albion have already found out the hard way.

City have netted 20 goals without reply in four cup games against lower-league opposition this season – including nine in one game against Burton and seven in another against Rotherham. Ominously, Newport are the lowest-ranked team of all of them.

It is not only lower-league opposition which has felt the full force of Man City’s attacking might, though, and Burnley were thrashed 5-0 in the last round of this competition to leave City with 13 goals scored and none conceded in just two FA Cup games this term.

Then, of course, there was the 6-0 humiliation of Chelsea last weekend when City scored four times in the opening 25 minutes on their way to what was arguably the best result and performance of the Guardiola era.

City will come up against Chelsea again in the EFL Cup final next weekend, completing an important eight-day spell for their trophy hopes as they also take on Schalke 04 in the first leg of their Champions League last 16 tie on Wednesday night.

The FA Cup is a trophy City have not won since 2010-11, though, and it remains the only major silverware that Guardiola is yet to claim from any of the countries he has managed in.

City’s hopes last season were ended at this stage away to League One Wigan Athletic in one of few low points from their record-breaking campaign, and Guardiola will be wary of complacency repeating itself as he looks to avoid an even bigger upset this time around.