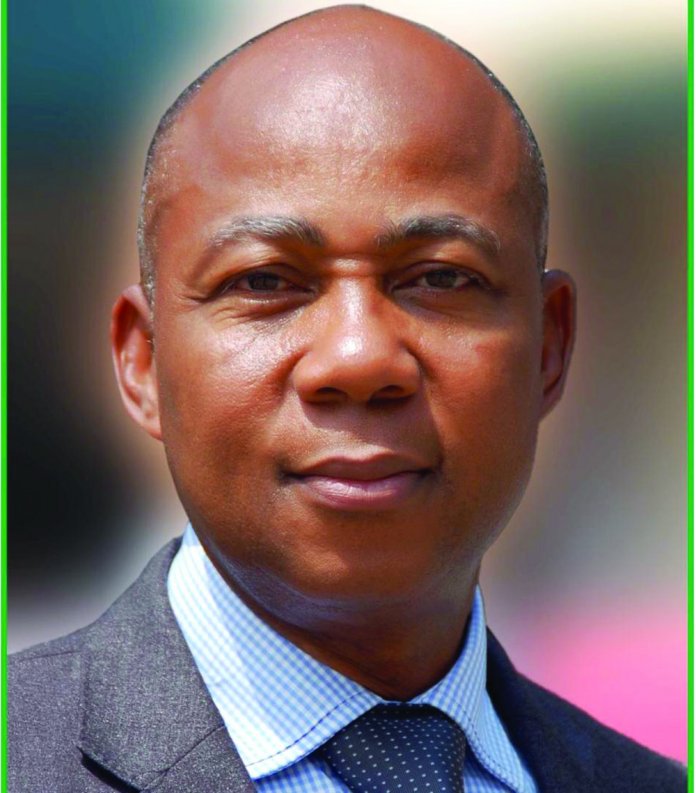 Professor Temitope Oluwagbenga Alonge, the Chief Medical Director (CMD) of the University College Hospital (UCH) Ibadan, is due to bow out of office soon on completion of his second term on 28 February, 2019.

The world renowned Consultant Orthopaedic and Trauma Surgeon had been at the helm of affairs of the UCH, Nigeria’s first tertiary hospital, since March 2011 when he first assumed the office for an initial term of four years. He was reappointed in 2015 for a second term on merit following his satisfactory performance. His second term, which is now coming to a meritorious end turned out to be even better and more rewarding for the hospital with a lot of transformational developments and record breaking achievements to show.

At the inception of his administration in March 2011, the agenda he set for himself with his declaration to ensure “the rebirth of excellence” in all the operations of the hospital seemed an herculean, if not nearly impossible task, considering the then prevailing uncertainties and debilitating problems of the public health sector such as poor funding which remains a common obstacle to the development of all government owned tertiary hospitals in the country leading to infrastructure decay, low morale and disaffection of staff and frequent strike actions.

Undaunted, he promptly began to set up structures to deliver the vision and, somehow, he began to surmount many of the challenges through creativity, the support of management and staff who believed in the vision and with the help of God. Amazingly, within the first year of his administration, the hospital had made remarkable progress weighty enough to call for celebration.This was what led to the resumption of the celebration of the hospital’s annual anniversary in 2012, five years after it was last celebrated in 2007.

And so in 2012, a year after he became the CMD, the UCH resumed the celebration of excellence for real. One of the high points of the 2012  anniversary celebration was the commissioning of an ultra modern Geriatric Centre for the care of the aged and senior citizens, the first of its kind in Nigeria and Africa. The Centre  up till now is the only Geriatric hospital in the African continent offering holistic care for senior citizens and the aged.The Geriatric Centre was named after the late Chief Tony Anenih, an elder statesman and politician who was inspired by Prof. Alonge to build, equip and donate it to the UCH.

Over 30,000 people have received treatment at the Centre in the last six years, which has enabled the UCH  to develop expertise in the diagnosis and treatment of ageing related ailments and diseases. The hospital’s expertise in Geriatric care was further improved with the addition of  an ultra modern Geriatric Rehabilitation Centre built, equipped and donated by another Nigerian Philanthropist, Sir Kessington Adebutu in 2 017. Today, the UCH is a Centre of excellence in Geriatric Medicine.

Since the wind of transformation  began to blow in the hospital from Prof Alonge’s first year in office, it has not stopped. It has swept through several areas of the hospital’s operations resulting in the upgrading of several departments and units with the latest modern equipment and technology. It has manifested in the creation of new structures to promote efficiency. It has manifested in substantial investment on physical infrastructure, research, training and capacity development for staff and students to enhance  their knowledge, skills and expertise. And it has also reflected in the provision of basic amenities for the comfort of the institution’s community, patients and guests.

Some of the key transformational developments under the Prof Alonge administration which have repositioned the UCH as a Centre of Ecellence in health care delivery and the training of medical personnel include the upgrading of facilities for the treatment of heart related diseases and conditions. This entailed,  among other things, the installation of a complete modern cardiology theatre, Intensive Care Unit and a Catheterization Laboratory (Cath-Lab) all parading the latest technology. The upgrade made it possible for the UCH to perform the first open heart surgery in any Nigerian teaching hospital in 2013 and it has continued to perform several successful heart surgeries year in year out.

Another giant stride was the upgrading of facilities for the diagnosis and treatment of cancer which included the acquisition  of state of the art cancer equipment such as Thermo graph and Mammogram machines, among others. In addition to these facilities the UCH has also  developed protocol for the treatment of all types of cancer using the precision medicine method. Furthermore, the UCH is currently building a world class cancer centre modeled after the world’s most experienced and oldest cancer institute called Rosswell  Park Cancer Centre in New York, USA.

Among other facilities modernized under Prof Alonge’s administration is the Vesico Vaginal Fistula (VVF) Centre to address the treatment of complex cases and the reintegration of victims back to normal life in the society. Perhaps the most talked about is the development of the hospital’s proficiency and expertise in  Nuclear Medicine and Neurosurgery whereby it has been performing complex brain surgeries with the latest procedure and technology referred to as awake craniology in which the patient is awake and can even respond to questions from from doctors while the operation was being done.

With all these giant strides there is no doubt that Prof Alonge has taken the UCH to greater heights and it can be safely concluded that he has substantially achieved his goal of the rebirth of excellence in the hospital.

A passionate advocate of reverse medical tourism, Prof Alonge is ready to blow the trumpet that the UCH has the expertise, latest equipment, technology and  facilities (including ultramodern private suites for high profile persons) to successfuly treat Nigerians seeking medical treatment abroad for complex diseases and conditions.

Regrettably, the ethics of the medical profession does not allow him to advertise the competencies of the hospital.

The success story of Prof Alonge would not be complete without mention of some of the enabling factors which helped propel his vision to actualization. Key among these are his creative embrace of the Public Private Partnership (PPP) model and his integrity which persuaded some of the nation’s leading philanthropists, corporate bodies, international organizations and the Federal Government (owners of the hospital) to support the lofty projects initiated by his administration.