The scheduled re-arraignment of the President of the Nigerian Bar Association (NBA), Mr. Paul Usoro (SAN), at the Federal High Court in Lagos on an alleged N1.4billion fraud charges was botched Thursday when Justice Chuka Obiozor, to whom the case was assigned, recused himself from the case.

The judge said he was withdrawing himself from the case “for personal reasons.

“I hereby return this file to the Chief Judge of the court for reassignment,” Justice Obiozor said in a ruling.

He is the second judge to withdraw from the case after the original judge, Justice Muslim Hassan, withdrew at the request of Usoro’s legal team, led by Chief Wole Olanipekun (SAN), a former NBA President.

The defence team had written to the Chief Judge of the court, Justice Adamu Abdul-Kafarati, asking that he retrieve the case file from Justice Hassan.

Though Olanipekun did not specify the reason for the request to take the case away from Justice Hassan, the request might not have been unconnected with the fact that prior to his appointment as a Judge, Hassan was for many years a prosecutor with the Economic and Financial Crimes Commission (EFCC).

On December 18, 2018, when Usoro appeared before Justice Hassan for his arraignment, Olanipekun had urged the judge not to take any step on the case, pending the response of the Chief Judge to the transfer request.

Olanipekun said Usoro wanted the case transferred to his state of origin, Akwa Ibom, or Abuja or that if the case would remain in Lagos, it should be transferred to “any other honourable Judge apart from my noble Lord.”

He described Usoro’s request as innocuous, arguing that he had a right to make the request.

However, the prosecuting counsel for the EFCC, Mr. Rotimi Oyedepo, opposed Olanipekun, describing his request as a temporary stay of proceedings, which he said Section 306 of the Administration of Criminal Justice Act, 2015 had
outlawed.

“My lord cannot act in anticipation of a yet-to-be-taken administrative decision of the Chief Judge to keep this matter in limbo,” Oyedepo argued, insisting that Usoro must be arraigned on December 18.

In his ruling, Justice Hassan agreed with Oyedepo, and ordered that Usoro be arraigned.

After pleading not guilty to the charges, Justice Hassan admitted the NBA president to bail.

The Chief Judge was later to grant Usoro’s request and transferred the case from Justice Hassan to Justice Obiozor.

With Justice Obiozor’s withdrawal from the case yesterday, it is uncertain when next the case will come up and which Judge will handle it.

In the charges, the EFCC alleged that Usoro converted and laundered N1.4billion in connivance with the Governor of his state, Governor Udom Emmanuel.

Emmanuel was however not listed as a defendant in the charge, as the EFCC indicated that he is “currently constitutionally immune against criminal prosecution.”

The EFCC claimed that Usoro, in connivance with the others mentioned, conspired among themselves to commit the offence sometime in 2015 “within the jurisdiction of this honourable court.”

The anti-graft agency claimed that the N1.4billion allegedly converted and laundered by the defendants belonged to the Akwa Ibom State Government.

Counsel for the EFCC, Oyedepo, who signed the charge sheet, said in the charge sheet that the offence allegedly committed by the NBA President was contrary to Section 18 (a) of the Money Laundering (Prohibition) Act, 2011.

He added that the SAN is liable to be punished under Section 15(3) of the same Act. 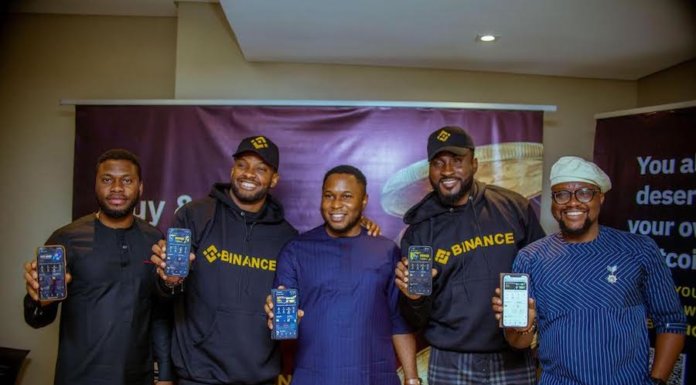