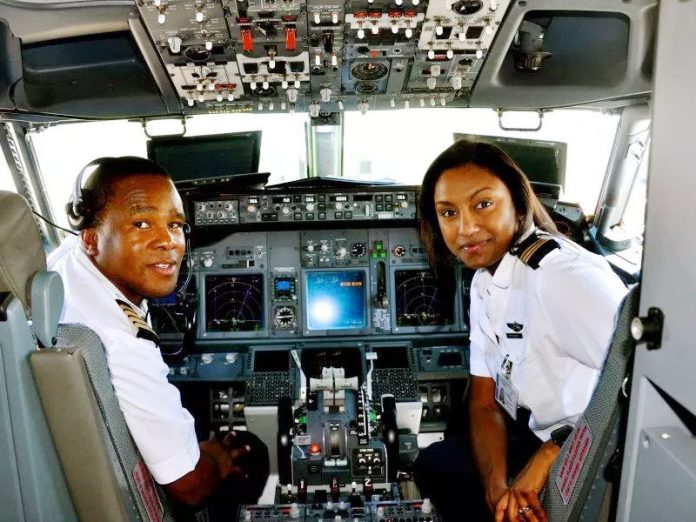 New aviation training company in Nigeria, Leadstream has said that it will soon procure simulators to start re-training programme for pilots and others.

The company which recently obtained Aviation Training Organisation (ATO) from the Nigerian Civil Aviation Authority (NCAA), said it was studying the Nigerian market and would soon deploy simulators to bridge the training gap that exists due to lack of adequate training facilities locally to help save airlines downtime and foreign exchange.

All major retraining or simulator training, which is done every six months is carried out overseas because no Nigerian company has the facility to conduct the training locally. So, airlines spend huge resources in foreign exchange for their pilots and engineers.

Leadstream Accountable Manager and the chief executive officer, Roland Ahmed, in an interview with aviation correspondents said the ATO was doing a comparative study to show airlines what they could save in terms of cost, stress in getting foreign exchange and terms of downtime by utilising indigenous ATO s for their training.
Ahmed who explained that there was a vacuum, said the organisation was looking at areas and possibilities where it could reduce capital flight.

“Naturally, people want to travel abroad for training because for us, it’s a status thing but the question is what value are you adding to the system, how are you trying to get the system to work seamlessly and effectively?
“You go for training outside. People you are going to meet there are in their own homes; they have their own simulators. You go to Lufthansa, they have their own simulators, so if we come here and do this it saves us money. It will bring in foreign exchange for us,” he said

“We have put our strategy in such a way that we can penetrate into these airlines and do a comparative analysis for them to see how much they are going to be saving in terms of cost, in terms of stress in getting forex, in terms of downtime…because if a pilot is supposed to do his sim and travels out there will be a lot of ground time because when he gets there he is tired and starts his training in two-three days, finishes his training then he flies again and comes back and he will want to rest again for another one or two days and the airline is losing time and his services,” Ahmed added.

He said, ” So we are going to be putting all these together, the stress alone trying to get the slot, they tell you there is none and you have to wait. Then your rating expires and NCAA doesn’t give you extension and so you pilots are due for recurrence, no slots and they are down there but if they make use of those of us around, it saves the airline so much, in terms of their operating cost.”

On its plan to bring in the simulator and the type giving the complexities of the Nigerian market, Ahmed explained that operators are currently shifting from the status quo and that will inform their decision on what simulator to bring in, in a couple of years but for now; there is still capacity to be built on the 737s

He said, “Truth be told, the market is still there for all of us. For us here we are going for the Boeing B737Ng because unlike other climes that have moved on, in Nigeria we still deal with the B737classics and we believe next 7-8 years this will still be relevant in Nigeria but we also have in mind that there are Embraers and CRJs and the truth is that operators are beginning to understand the usage of the right aircraft for routes.

“Here the longest flight is Lagos -Abuja 50 minutes and this is what a Dash-8 can fly in 55-60minutes so why do you need a Boeing B737 when it burns twice the fuel of a Dash-8 and so it does not make economic sense.”

“I think somehow we grew with that and we became stuck, but we are beginning to realize that we have to start running this business, as we ought to run it. All of this we have in plans, Africa World Airlines (AWA) has Embraers, Air Peace has Embraers and that will be our next line of focus but for now we are bringing in the Boeing sim to fill in the immediate gap,” Ahmed also said.