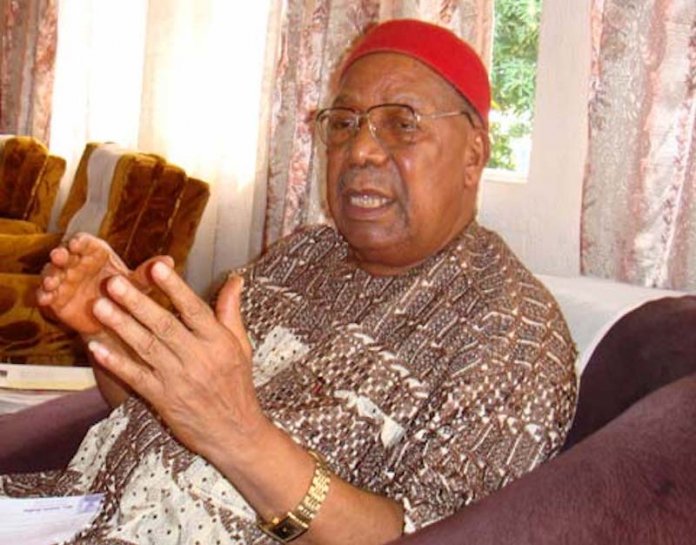 Amaechi, who was one of the youngest ministers in the First Republic who spoke to journalists in his country home, Ukpor in Nnewi South Local Government of Anambra State, called on all to reject the candidate of the All Progressives Congress (APC), President Muhammadu Buhari, and his party as voting for him may mean supporting the collapse of Nigeria.

The nationalist said he was speaking for other demised prominent nationalists of Nigeria, including Nnamdi Azikiwe, Ahmadu Bello, Abubakar Tafawa Balewa, Obafemi Awolowo, Dennis Osadebay, Aminu Kanu, Herbert Macaulay, Nwafor Orizu and a host of others.

“He (Buhari) has neither the health nor mental capacity to rule Nigeria. As the very last surviving nationalist, freedom fighter and minister of the First Republic still alive, I feel compelled to warn those who may be plotting to plunge the country into a major crisis that may threaten the very foundation of our federation.

“To the rest of fellow Nigerians, I say brace up and defend democracy and the federation itself. There is grave danger ahead. Those who destroyed democracy in 1983 are up again to deprive you of your fundamental rights.

“They don’t understand the language of democracy. From what they are doing to judiciary and legislature, other two arms of government, you can imagine what will happen if for any error they returned to Aso Rock. I call on the international community to help and expose the evil plans of a cabal who want to perpetuate themselves in power even if they lose the election as they are bound,” he said.

Speaking on the light opposition that previously heralded the picking of Mr Peter Obi by Atiku as running mate, Amaechi said the opposition were borne out of jealousy, citing that all those opposed to Obi as the vice-presidential candidate were merely doing so because they had hoped and positioned themselves as the running mate of the PDP candidate.

He also berated governors, especially that of Anambra who are opposed to the emergence of PDP in the presidential election.

“Those are the people who will secretly take money to Buhari to support his reelection. They are saboteurs,” he said.

On claims by APC stalwarts in the South-east that Nnamdi Azikiwe would have joined the APC to be able to play in the centre if he was alive, Amaechi said such postulation was blatant falsehood.

“I was very close to Nnamdi Azikiwe during his days in politics and remained close to him until death, and I can tell you that those people saying so are lying. Zik was a democrat and cannot support a feudal dictator like Buhari, and so we won’t support him.

“If you are talking about the commissioning of a mausoleum by Buhari in honour of late Zik, I can tell you that is not honour at all to Zik.

“Even Ndigbo have been marked for the crudest manner of injustice and annihilation. Their youths have been killed for no just cause. One of such is the IPOB. I call on the government to de-proscribe them. It is primitive injustice to leave gun-bearing Fulani herdsmen and turn to kill IPOB because they are Igbos,” he said.

On why he chose the PDP candidate for endorsement, the nationalist said Atiku has repeatedly given a clear assurance that he would restructure Nigeria and address the imbalance in the country against the Igbo.

According to him, “He has also taken our brother Peter Obi as a running mate. I call on Ndigbo at home and everywhere in Nigeria to turn out in totality and vote for Atiku/Obi for president.

“Ndigbo should not mind a small band of mercenaries and Judases who went to Wuse market in Abuja, bought some red caps, adorned the caps and trouped to Aso Rock, spoke some sweet nonsense, received some greasy handshakes and sheepishly smiled home. They represent nobody but their treacherous selves.” 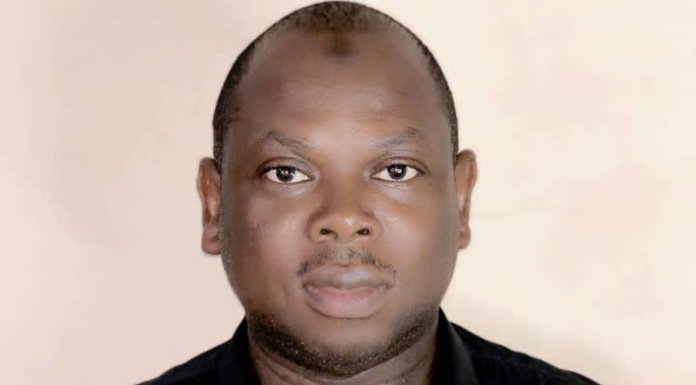