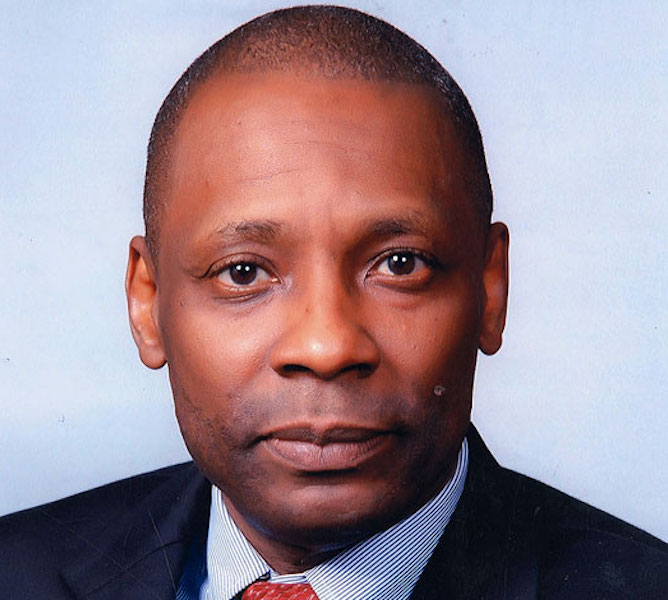 Nosa Alekhuogie
The Economic Adviser of the Atiku Campaign Organisation and former Managing Director of the Asset Management Corporation of Nigeria (AMCON), Mr. Mustapha Chike- Obi, has reiterated the need for Nigeria to aim at achieving double-digit growth in its Gross Domestic Product (GDP).

Chike-obi, who spoke on ‘The Morning Show,’ on Arise TV, a THISDAY sister broadcast station, stressed that the slow pace of economic growth, Nigeria would not be able to lift most of its citizens out of poverty.

“If we are not growing our GDP at 10 per cent or higher for the next 10 to 15 years, we would never get the kind of national wealth that would lead the masses out of poverty. Anything else is trivial.

“People talk about corruption all the time and I did a calculation, the maximum amount of money that is possible to steal from the federal government is an easy calculation and its about N500-N800 billion.

“But one per cent of GDP growth is roughly N1 trillion. So we are spending all our energy, focusing on N500-N800 billion of possible corruption and ignoring the fact that if we grow our GDP by three or four per cent higher, the national wealth that would accrue to us is about N5 trillion.

“So, yes, corruption is a bad thing and we should face it, but corruption should not be the be-all and end-all of any government,” he said.
Speaking further , Chike-Obi said: “Let me tell you briefly how you do it, you have a policy that says you want to grow, once you agree that, that’s the policy of the team, then you need to have expansionary monetary and fiscal policies.

“You must have a massive guarantee programme where the federal government is providing guarantee to the private sector to allow them raise money for projects.

“We don’t have that right now. Nigeria’s guarantee to GDP is about five per cent. In a developed country like the United States of America, it is about 85 per cent. We must use our balance sheet in a more sensible way instead of borrowing money that we can’t pay back or interest that is killing us.

“Let us give guarantee to the private sector, that would explode internally. But simply, I think everybody that is in the core economic team of Atiku Abubakar will lay down his plan of getting 10 per cent GDP growth within three years.

“If you can’t do it, don’t take the job. It can be done. China has done it, Malaysia, Brazil and they are not smarter than we are. So, once the government is on the same path, and agrees that growth is paramount, then we would get there.”

He also faulted the argument that the Peoples Democratic Party (PDP) did nothing including investments during the economic boom, for 16 years.
“I find that rather hypocritical. For President Muhammadu Buhari to drive from Aso villa to the airport in Abuja, the roads are beautiful, somebody built that road.
“Everybody now has a cell phone all because of PDP. There are many things PDP has done though they didn’t grow the GDP at the rate I wanted, so things could have been better. But to say they did nothing in 16 years, is a blatant lie.”