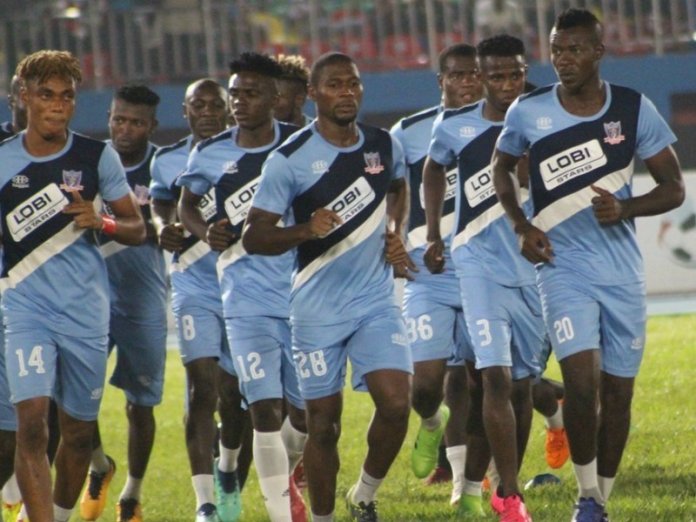 Lobi will be seeking redemption when they file out against Wydad Casablanca in the 2018/19 CAF Champions League Group A match at the Prince Moulay Abdellah Stadium in Morocco tonight.

After registering their second defeat in the group stage at home in Nigeria, the Makurdi team needs a miracle to survive the Moroccans.

That defeat in Enugu a fortnight ago left the Nigerian representatives floundering in the fourth place on the table – three points behind second-placed Wydad with three games left.

However, Lobi Coach, Solomon Ogbeide, remains hopeful that his side can secure a win in Morocco, which would boost their chances of reaching the knockout stages.

“We are disappointed in the result, but this does not mean we are out of the competition,” Ogbeide remarked.

“We still have three more games in the group stage, though we will be going to play away in two of those, but we are confident we can get results away from home despite how difficult people may think it is.”

The Moroccan side recorded their second win in Group A when they overcame Lobi 1-0 away in Enugu earlier this month.

As a result, Wydad is second on the group standings and they are only behind leaders Mamelodi Sundowns on goal-difference.

Wydad Captain Brahim Nekkach is happy with how the team performed during their 1-0 win over Olympic Safi in the Moroccan Botola League match last week.

“First of all, I would like to thank my teammates for their great fighting spirit against a Safi team which is known for its defensive efficiency,” Nekkach said on Le Matin.

“Now we have to focus on our next match in the Champions League against Lobi Stars.”