The All Progressives Congress (APC) Presidential Campaign Council yesterday warned the United States Ambassador, Mr. Stuart Symington, and other diplomats that have been critical of the President Muhammadu Buhari administration, against making further comments that are capable of undermining the integrity of the general election starting on Saturday.

The Director of Strategic Communication of the party’s campaign, Mr. Festus Keyamo, SAN, in a statement in Abuja, expressed worry at comments allegedly made by the US ambassadors and other diplomats, saying they are tended to cast doubt in the ability of the Buhari-led administration to conduct free and fair elections.

The ruling party also accused Symington of threatening that his country would punish any politician who makes inciting political speeches.
The party, which referred to recent statements credited to the US ambassador, said that it would appear that the envoys have discredited the election even before it took place.

APC further accused the US of being guilty of double standard for granting Vice President Atiku Abubakar special status to enter the US territory.
In a statement issued yesterday Keyamo described the diplomats’ views directed at Nigeria’s upcoming elections as unwarranted and attempt to interfere in the internal affairs of Nigeria.

“We are deeply concerned about many of the expressions of the United States’ Ambassador to Nigeria, Ambassador W. Stuart Symington, and other Western diplomats, which have been directed towards Nigeria’s upcoming elections.

‘’While we laud and whole-heartedly welcome their interests in the elections, many of these expressions have been notably off-key. The continued warnings about flawed elections are capable of casting an unwarranted cloud over the process,” it said.

The APC said that instead of encouraging efforts towards credible elections, such statements undermine public confidence in government.
It said that Ambassador W. Stuart Symington was reported to have threatened to “hold to account anyone whose speech, no matter the motivation of that speech, engendered hatred.”

For instance, APC said the American Ambassador had criticised its call on Nigerians to reject the presidential candidate of PDP, Atiku Abubakar over “his political and economic policies that are abhorrent and dangerous”.
“We truly hope some of the statements attributed to these diplomats are inaccurate; the unfounded allegations and threats to penalize people for constitutionally-protected free speech is improper interference in our internal affairs.
“We all agree that any speech wilfully intended to trigger violence is condemnable. However, in condemning other forms of political speech, the American envoy overstepped his ambassadorial brief.

“We take the view that the constant statements by Ambassador Symington and the other diplomats are implicit attacks against the government of Nigeria.
“These statements imply the Nigerian government is inclined to rig the election in favour of President Buhari. This is unfair and unacceptable to us. President Buhari has never been accused of electoral malpractice all his life,” said APC.

While defending its campaign statements, APC said it is the duty of the candidate to tell the people truth to protect the nation from subsequent calamity.
While further deploring the US envoy’s views, APC said he failed to acknowledge an open confession of blatant electoral malfeasance by the PDP candidate.
It also said that the ambassador intentionally issued his threats to place a chilling effect on speeches in Nigeria, which if uttered in America, would be constitutionally protected.

“For us it is significant to note that such strong political speeches are not unlawful in the United States, but Ambassador Symington is seeking to penalize such speeches by Nigerians.

‘’He seeks to shrink our ambit of free speech so that we may behave in accordance with their vision of well-behaved Africans, rather than in consonance with our vision of our own democracy, no matter how tumultuous and dramatic we may be. It would appear that his position seeks to prohibit forms of expression integral to our political discourse,” APC stated. 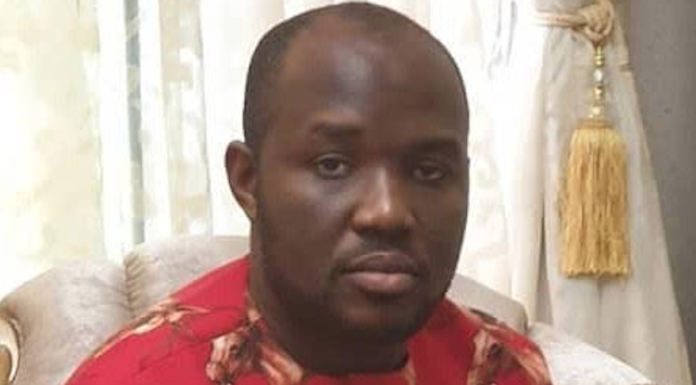