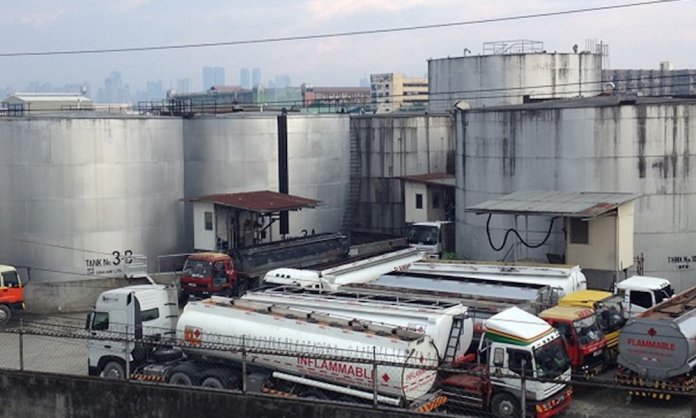 Regardless of whoever emerges as the president, the Nigerian petroleum industry needs serious reform, writes Suraj Oyewale

In few days’ time, Nigerians will go to poll to elect the next president of the country. The main contenders remain the incumbent, Muhammadu Buhari, and former vice president, Abubakar Atiku.

Despite the talk about diversification, it is highly unlikely that the country’s petroleum sector loses its relevance as the main driver of the country’s economy. In this essay, I attempt an analysis of the key issues affecting this critical industry and how the two leading candidates are likely to respond to them.

As it has been for more than a decade, the Petroleum Industry Bill remains the biggest regulatory issue in Nigeria’s petroleum sector. There was a significant progress in the bill in the last three years, and the progress was championed by the Eight National Assembly (2015-2019). The Bukola Saraki-led legislative arm of government broke the omnibus PIB into four different bills – the Petroleum Industry Governance Bill (PIGB), Petroleum Industry Fiscal Bill (PIFB), Petroleum Industry Administration Bill (PIAB), and the Petroleum Host and Impacted Communities Bill (PHICB). The PIGB, which sets out the institutional and regulatory structure of the industry as well as commercial participation by government, was sent to the president for assent in June 2018, but the president withheld his assent on certain grounds, chief among which was the proposal in the bill to have the Petroleum Regulatory Commission (PRC), the successor agency to the Department of Petroleum Resources (DPR) as the principal regulator of the oil and gas industry, retain 10 per cent of the revenue generated by the commission for its own operations. While there is a school of thought that believes that there is more to the presidential rejection than meets the eye, it is difficult to fault the reason stated by the president. The other three bills have not been sent to the president for assent, just as there has not been any public information on whether the National Assembly will revise the PIGB in light of the president’s concerns.

If Bukola Saraki, who is currently the Director General of the opposition campaign, returns as Senate President post-May 2019, it is highly likely that the PIBs’ traction continues. This will however depend on which president he is working with. It looks like the National Assembly is willing to incorporate the comments made by the president on PIGB. It is therefore highly likely that despite their political differences, a combination of Bukola Saraki-led Senate and Buhari presidency may still deliver the PIBs by the end of 2020 latest.

If Saraki does not return as Senate President and Buhari returns as President, there may not be significant divergence in the outcome. Saraki is most likely to be succeeded by an APC senator. From history, first-time senators hardly make it to highest seat in the Senate, it is therefore not out of place to expect the next Senate President to be a member of the Eight Senate. This will mean, with or without Saraki as head of the legislative arm, the PIBs may see the light of the day within two years of the Nineth Senate. This is because members of the Eight Senate have demonstrated commitment to the bills. The chance may be higher if the Senate President that replaces Saraki is from APC like Buhari due to expectation of less friction between the President and the Senate leadership.

While Buhari is slow to reforms (confirmed not just by actions so far but also by own statement as reported in the 14 December 2018 edition of The Punch, under the caption “We won’t rush petroleum industry reforms, says Buhari”), Atiku appears more reform-minded. The question will then be, on what template will he start? To continue with the various reform processes that are in various stages, even if too slow, or start all over again with own template?

Deregulation of the downstream petroleum sector is another key issue that will be impacted by the differing policy choice tendencies of the two presidential candidates. Before the 2015 elections, Buhari strongly questioned the fuel subsidy arrangement, which was one of the issues that irredeemably dented the image of his predecessor, Goodluck Jonathan.

Despite attempting to coat it as “under recovery”, the current administration has not moved away from subsidy payment. In fact, it budgeted over N300 billion to fund subsidy in 2019. However, the all-comer racketeering part of the arrangement may have subsided. At the moment, only NNPC imports petrol into Nigeria according to government sources.

Full deregulation of petrol pricing has political backlash, at least in the short term, that any government will be wary of.  It is unlikely that Atiku, despite having more free markets tendency, will also consider this option, especially as he would be careful not to trigger popular disaffection at the early stage of his government.  Personally, I believe the eventual winner going whole hog on deregulation will not be a bad idea. This will also be helped by the fact that Dangote refinery is expected to come on stream next year which will mean less reliance on importation. I think this will be a golden opportunity for deregulation to enter full gear. Let everybody sell at prices that work for them.

In any case, regardless of whoever emerges as the president post-February elections, the Nigerian petroleum industry needs serious reform. The current reforms need to be progressed with more pace and participation by critical stakeholders.  Cooperation between the legislative and executive arms of government will play a key role in delivering these reforms.