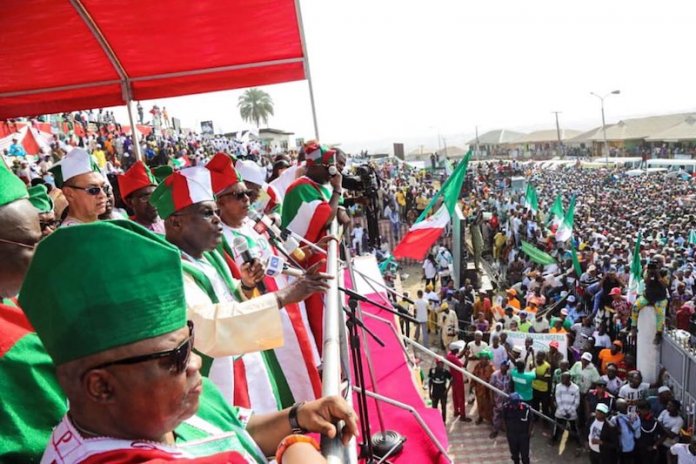 The opposition Peoples Democratic Party (PDP) in Kaduna State has condemned the arrest of the Director, Media and  Publicity of the party’s Campaign organisation in the state, Ben Bako,  by the

He was arrested on Saturday night and whisked to Abuja after honouring an invitation by the DSS office in Kaduna.

Addressing a press conference yesterday in Kaduna, the Deputy Director General of the party’s Campaign Organisation, Danjuma Bello Sarki, accused the DSS of partisanship, alleging that the arrest was masterminded by Governor Nasir el-Rufai.

Bako was arrested following alleged video clips where he was alleged to be making inciting comments during the PDP campaign rally last week in Kafanchan, Jama’a Local Government Area of the state.

In the video, Bako was alleged to have urged  party members to deal with anyone that will  work against the PDP during the elections.

Spokesman of the PDP in the state, Abraham Catoh  confirmed the arrest in a telephone interview with THISADY yesterday, saying that  Bako was invited by the DSS in Kaduna on Saturday over his comments during the campaigns in Kafanchan and was taken to Abuja after hours of questioning.

But addressing a press conference, Sarki said Bako had dutifully honoured the invitation of the DSS as a law abiding citizen and was kept incommunicado for several hours before he was whisked to Abuja in the late hours of the night.

He said the party was aware of plots by  the ruling All Progressives Congress (APC) in the state to frame charges of “hate speech” against 150 prominent PDP chieftains with  a view to arresting and detaining them before the elections.

“We are very much aware that long before now, the ruling APC in Kaduna State, under the leadership of Governor Nasir el-Rufai, has penned down a long list of influential PDP members in the state for intimidation, arrest and detention over spurious charges few days to the general elections,” Sarki said.

“But, unknown to governor el-Rufai and the DSS, the more he arrests us, the stronger the PDP gets. It is too late to reverse the determination of the traumatised people of Kaduna State,” he said.

While calling  for the immediate and unconditional release of Bako, Sarki said “the DSS has become compromised and partisan in Kaduna State and we say ‘No’ to such development”.

“We believe that Kaduna State Director of the DSS, Ahmadu Idris, will not be neutral in the general election and we call for his immediate redeployment,” he added.

According to Sarki,“el-Rufai is the biggest threat to local and global peace,” noting that “if anyone deserves impeachment, arrest or arraignment for hate speech over the years, it has to be him.”

Sarki said: “el-Rufai’s tweets over the years have shown him to be an expert in hate speech as a private citizen and as a governor.

“The world today is still outraged by threats of governor Nasir el-Rufai to international election observers, when he vowed that should any of them intervene contrary to the designs and expectation of the APC during and after elections, they would return home in body bags.

“Curiously, the Presidency came out in full support of that crude, barbaric bravado, which carries a costly diplomatic price.

“From his call for violent assault to the three Senators in Kaduna state; his denigrating reference to the Pope over his rejection by the electorates in Kaduna State and his latest threat, el-Rufai remains the greatest albatross to local and International peace in Nigeria today, not Mr. Ben Bako of the PDP.

Again, el-Rufai is doing everything within his means to attract huge number of military personnel, police, DSS, Civil Defence Corpse and allied agencies which he will influence and use for rigging the elections.

“We are also aware of all his frolicking with the INEC leadership in the state and all the meetings they have been holding.

“The PDP in Kaduna state will not be drawn into any violent conflict no matter the provocation.

“Let us reiterate for the records; the PDP in Kaduna State is determined and totally committed to a violent- free polls.” 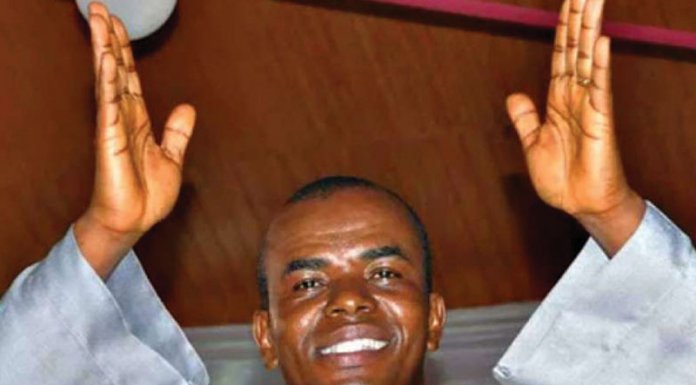